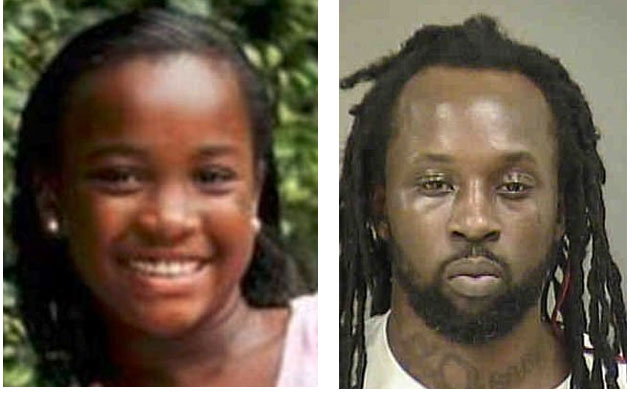 The search for a missing North Carolina girl after a double murder and kidnapping is now over. Police announced the rescue of Arieyana Simone Forney, 11, who was kidnapped by her uncle, Curtis Atkinson Jr., 36, this past Sunday.

Arieyana was the subject of a nationwide Amber Alert on Sunday, after her grandparents, Ruby Atkinson, 62, and Curtis Atkinson, 63, were found shot to death in their home. Police are alleging that their son, Curtis Atkinson Jr., killed his parents and then set fire to the home to cover his crime. A white 2005 Chevrolet Impala left the scene, according to witness statements to police. After allegedly killing his parents, Atkinson kidnapped his niece and fled the Charlotte area and headed to Washington, D.C. Arieyana had lived with her grandparents after the unsolved murder of her father in 2013.

Around 8 p.m., a 911 dispatcher received a call from a female inside the vehicle and gave police a description of her location. Police spotted the car and attempted to make a stop but the vehicle sped from the scene. A brief chase ensued, and the car crashed into another vehicle a short distance away and police were able to arrest Atkinson and rescue Arieyana. Also in the car was a female identified as Nikkia Cooper, 25, she was also taken into custody on unrelated drug charges. Police are now trying to determine her involvement with Atkinson. Arieyana was taken to a local hospital and was determined to be uninjured, it is unknown if she witnessed her grandparents being killed.

Atkinson faces numerous charges that include the murder of his parents as well as the kidnapping of his niece. He also has a criminal history of drug and theft arrests dating back to 1999.