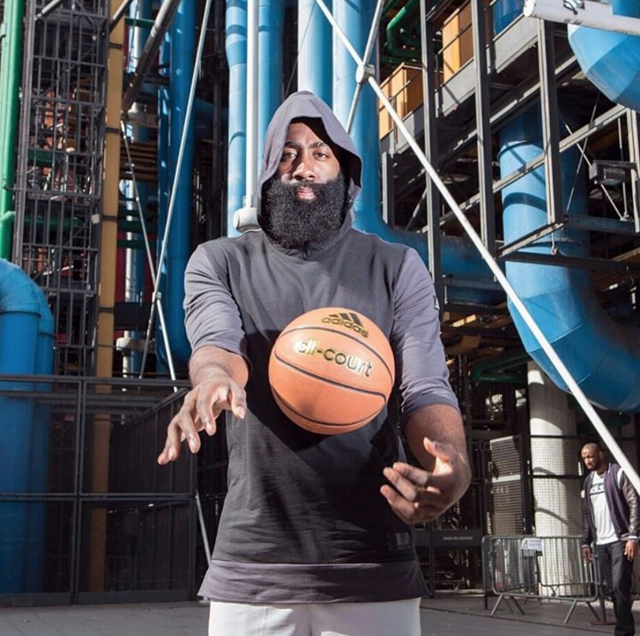 James Harden of the Houston Rockets had emerged this past season as not only an NBA superstar, but one of the elite players and one of faces of the league — especially with his signature fluffy beard. But Harden shockingly and mysteriously failed to show up at all in Game 6 at home at all against the San Antonio Spurs and finished with just 10 points on 2-11 shooting during a 114-75 shellacking. He didn’t even take a shot in the first quarter.

It was the worst performance in a playoffs elimination game in the last 25 years by a player who averaged at least 25 points during a season, according to ESPN.

He seemed lost, detached, disengaged, disinterested and even drugged. He looked ridiculous.

Hardin, 27, has become so prolific a player that he was in serious consideration for the Most Valuable Player award — along with Oklahoma City Thunder’s funnel cloud of a point guard Russell Westbrook — after posting historic combined numbers during the regular season of 29 points, 11 rebounds and 8 assists to lead the team to a 55-27 record, good for third place in the Western Conference. Not even the first-ballot Hall of Fame center Hakeem Olajuwan was able to put up these kinds of ridiculous statistics for the Rockets back in the 1980s and ’90s.

But Harden’s performance was jaw-droppingly bad on Thursday against the Spurs, so much so that even some of the most talkative sports analysts were left speechless:

And @JHarden13 looks completely out of it right now. I’m speechless

I am so stunned by what James Harden DIDN’T DO and what my Spurs DID DO, I have to talk about it live on Facebook. JOIN ME SOON.

Harden’s performance ignited social media to swarm all over Harden’s beard in some hilarious memes and Tweets. Take a look: