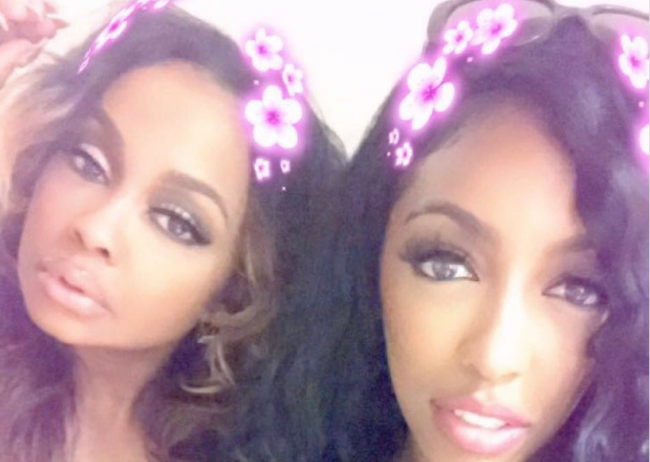 Parks, an entertainment attorney and funeral home owner, was fired soon after the episode was filmed because she was the originator of those lies. But Bravo honchos were also becoming increasingly frustrated with Parks’ lack of candor about her divorce from two-time federal inmate Apollo Nida (he tried to defraud, of all institutions, the U.S. Department of the Treasury). She also refused to divulge any juicy tidbits about her current dating status. Therefore, the station did a cost-benefit analysis and determined quite easily that Parks’ was not worth her $1M salary.

Now there are rumors swirling about that Phaedra Parks will film one final scene during Season 10 in which she apologizes to Williams for using her to spread the lies about Burruss and Tucker.

According to AllAboutTheTea.com, “An ATL snitch tells AllAboutTheTea that Porsha finally cracked and has agreed to film with the ostracized reality star. Porsha has agreed to have a sit-down with Phaedra, the insider explained. Porsha is the only one agreeing to film scenes with Phaedra. Bravo wants to tie up loose ends before Phaedra exits the show.”

If this is true, this Parks-Williams apology scene would most certainly be a ratings booster and must-see TV.

However, according to Porsha’s sister Lauren, the rumors may not be true. “Who said dat?” said Lauren using her sister’s “RHOA” season nine quote to address the rumor.

That is not exactly a denial of the rumors, but fans will have to stay tuned in the fall to find out if Parks’ mea culpa will actually take place.