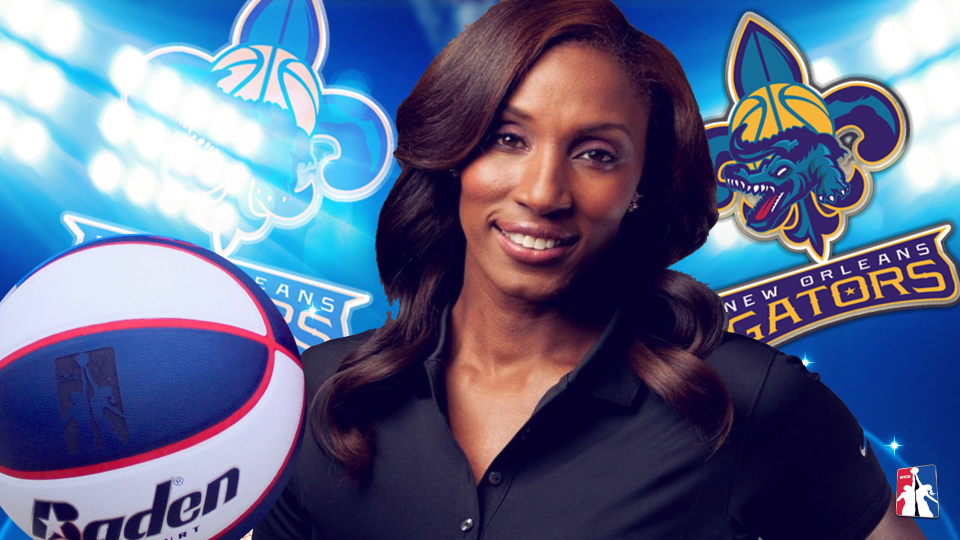 Basketball Hall of Famer Lisa Leslie, three-time WNBA MVP and a four-time Olympic gold medal winner, has signed on as head
coach of the New Orleans Gators professional basketball team. Per GMGB policy, contract details were not disclosed. Leslie followed her career at the University of Southern California with eight WNBA All-Star selections and two WNBA championships over the course of 11 seasons with the Los Angeles Sparks.

Team owner Percy Miller said, “Coach Leslie’s expertise, history and knowledge of the game will create a championship atmosphere for our team. We are excited and blessed to have her join our family, The New Orleans Gators. GMGB is a professional co-ed basketball league and Lisa Leslie is no stranger to playing against guys earlier in her career. She started off playing guys from the streets to the pros. I had a chance to experience her hard work and competitiveness firsthand. I played her during the summer of my pro career. She’s smart, she knows basketball and she’s a beast on the court. That’s the kind of spirit we need in our Gators organization.”

“I’m proud to be the coach, the face of this team and organization. I love that this league stands for equality and giving back. Can’t wait until Sept. 23 so the world can witness history as we put some of the best pro co-ed talents on the same court at one time in Las Vegas,” Leslie said.

For more information, go to www.NewOrleansGators.com