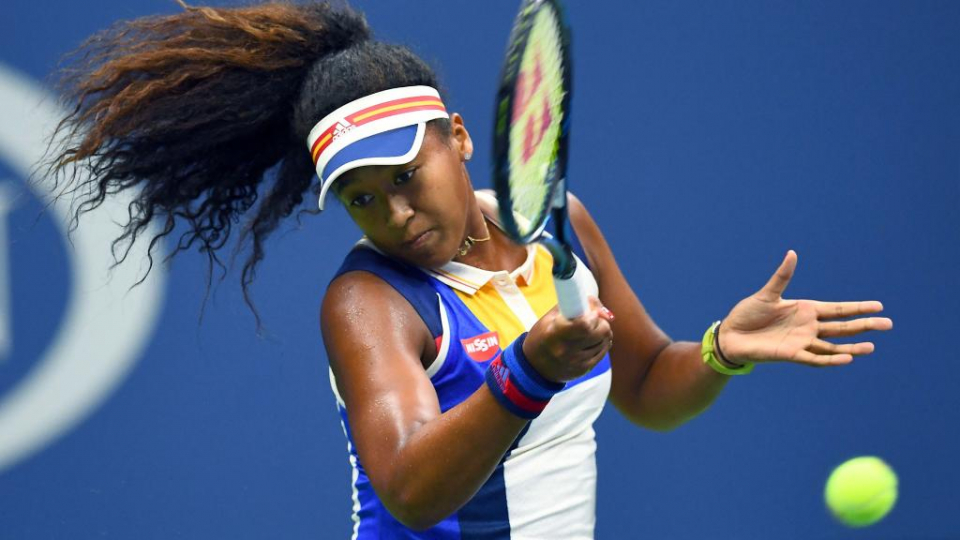 As I was watching Naomi Osaka play Denisa Allertova in the second round of the 2017 US Open two days after she defeated the 2016 US Open Champion Angelique Kerber in the first round, I noticed something not too common: a very diverse crowd cheering for the same player.

The 19-year old daughter of a Haitian father and a Japanese mother had dozens of fans from the far East rooting for her, as well as Black and White fans cheering for her.

I asked Osaka if she had a chance to look at the crowd any time during the match. Osaka said, “No, I didn’t look at the crowd, but I heard voices, like, ‘Ganbatte’ (good luck in Japanese), and, ‘Come on, Naomi.’ I felt like maybe the crowd was mixed.”

Like Naomi, the crowd was mixed in race, maybe language and religion, too, but they were united in cheering for this budding star. With a powerful serve that has peaked at 125 miles per hour and a big forehand to match, her skills have been compared to a certain tennis player I won’t name, but she’s more than eight months pregnant with her first child.

With her diverse background, Osaka was asked why she chose to represent Japan. She said, “I feel more, like, I grew up with Japanese culture, and I feel a little bit more, like, that’s how my personality is. I feel comfortable when I go to Tokyo, too.”

She grew up in Long Island, New York, so she feels comfortable in Queens, New York, too, and that has been on display in her first two matches.

Though Japan is beside her name when she competes, she still has Black girl problems, as she discussed when someone asked a simple question. When asked if she has ever used the salon in the player’s lounge of a grand slam, she responded, “I don’t think they can deal with my hair.”

Like the salon having problems dealing with Osaka’s hair, the women on the tour will increasingly have difficulty dealing with her game. This will be on display again on Saturday when she plays Kaia Kanepi. It will be another showing of diversity, with Japanese, African-American, and other fans rooting on the 19-year old in the stands, and little girls with kinky hair from around the world taking notice.

Diversity is a great thing, and Naomi Osaka is bringing it to tennis in a big way, simply by being herself.