Dwayne “Lil Wayne” Carter, 34, was reportedly found unconscious in his hotel room on Sunday, Sept. 3, 2017 in Chicago. Carter’s rep confirmed to TMZ that he suffered multiple seizures— two minor seizures to be exact. He was taken to Northwestern Memorial Hospital.

A few years ago, Lil Wayne admitted to fans he was epileptic and prone to seizures, following a near-death encounter that led to him being hospitalized for several days at a Los Angeles hospital.

He was scheduled to perform in Las Vegas Sunday night. The club posted this message on their Facebook page. 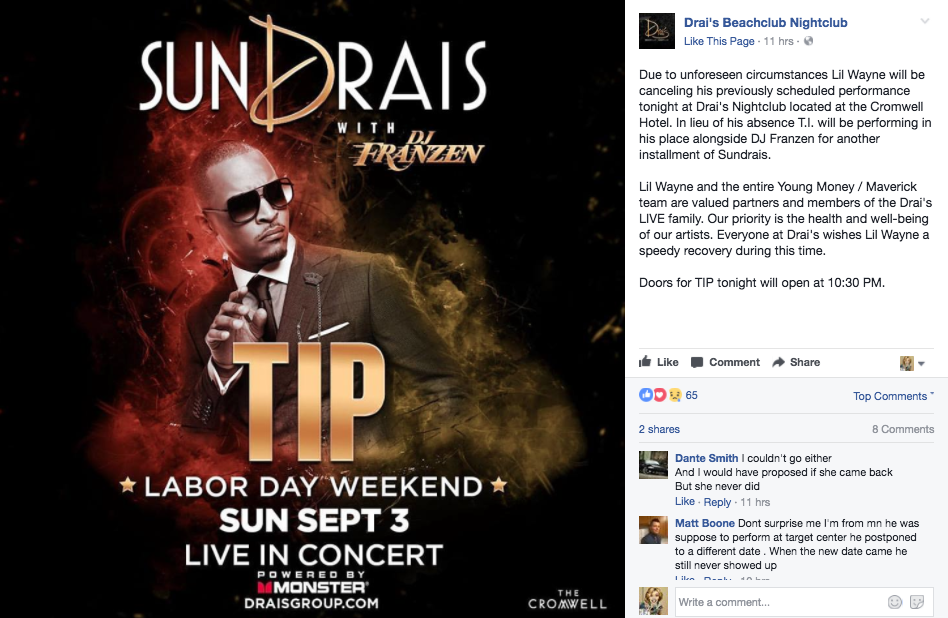