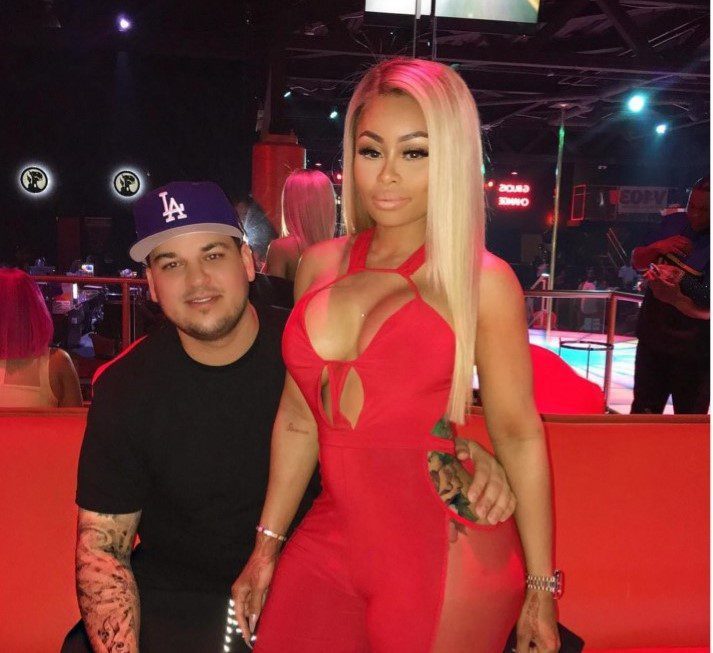 As previously reported, Chyna and Jones made headlines early last year when a photo of the two making out leaked online. At the time, Jones claimed that he and Chyna had dated privately before she got involved with Kardashian. However, Chyna denied his claims and instead blasted him online, saying that he leaked the photo purposely and that she never dated him. Chyna also outed Jones as bisexual.

Well, it looks like the beef between Jones and Chyna still hasn’t settled down because reports have revealed that he recently filed a lawsuit against Chyna and Kardashian for defamation and cyber bullying.

In the suit, Jones claims that Chyna and Kardashian accused him of selling the photo of him and Chyna kissing to tabloids. However, he maintains that he wasn’t to blame for the photo making it online and he claims that when a tabloid contacted him about rumors that he was the father of Dream, he flat out denied the claims.

Jones claims that, despite his denial, Chyna and Kardashian still blamed him and he says he received numerous terroristic threats after the couple blasted him online and leaked his contact information for the world to see. Jones says that angry fans would write him things like, “You’re a f—ing snake for doing that to Rob & Chyna” and “Today will be the last day of you walking, b—-.”

Jones says that the threats got so bad that he fell into depression and contemplated committing suicide because of the damage it did to the relationship with his kids.

Jones is suing for damages but it’s unclear right now exactly how much money he is seeking from the pair.

Well, they say money makes for strange bedfellows but we’re sure these two are tired of being embroiled in legal drama because of each other.

What are your thoughts on their latest lawsuit? Let us know in the comments below.