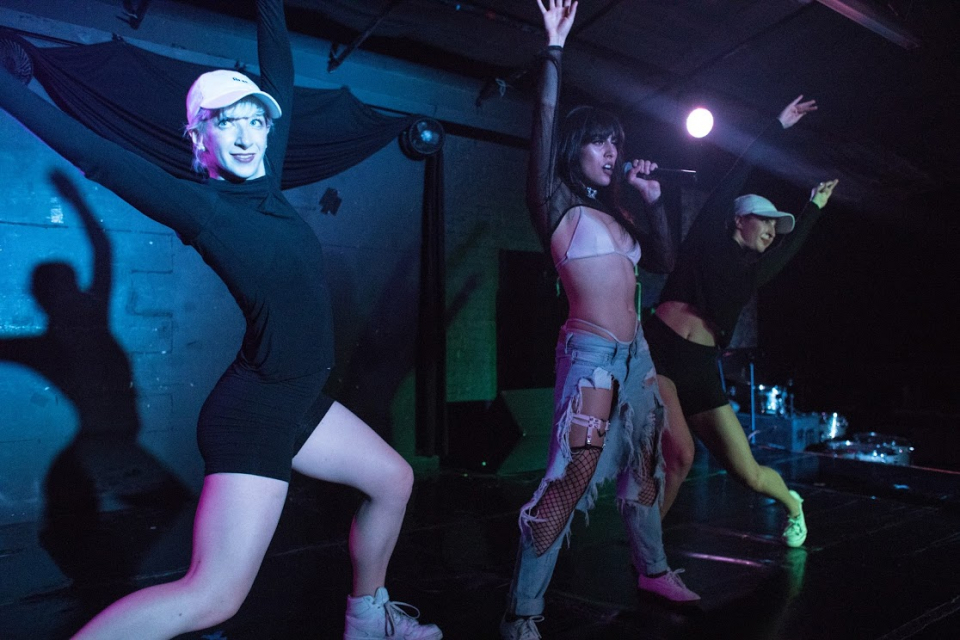 Alexya Garcia is a Los Angeles based entertainer whose love for music, dancing and acting has her on the journey to being the next big electro-pop star. Garcia was a part of Fabulous Girls, a girl group featuring Master P’s daughter Cymphonique Miller a few years ago. Fabulous Girls was featured on Disney Channel’s “Next Big Thing,” which featured notable names such as Jasmine Sagginario and Gabi Wilson (H.E.R.).

Rolling out spoke with Garcia about her passion for music and what projects she’s currently working on.

Tell us about yourself.
In essence, I am a creator and storyteller. A Latina girl boss with a hard head and warm heart. I sing and dance, and without a doubt, I am a recording and performing artist, but I’m also an actress and I like to design clothes. I’m into songwriting as well and I like to be my own audio engineer when I’m in a recording studio. I am now into master producing. I want to do it all and I can, but I still want to do more. I have this passion to be a full performing creative artist and it has taken a lot of sacrifice to get to where I am and to stay focused on where I want to go. My mantra is, “A smarter artist is a better artist.”  You can’t just dream about being a singer or performing, you have to have the self-discipline and structure to get there combined with the passion/thirst for more. I’ve read a lot of books, taken many classes, studied, earned my degree, and pushed myself long after my body told me to stop to make any moves. I attribute my work ethic to my education and my family and friends who have kept me grounded.

For those who don’t know, what is electro-pop and how did you get interested in this genre?
Electropop is essentially what you’re hearing on the radio today. It’s pop music with heavy electronic components like synths and drum machines with added vocal manipulation to compose a beat. And I think my ear as a dancer really got myself hooked on this music. When I move, I pop and isolate, I don’t really dance like other female artists so I just feel the way I move and sing, reflects those beats and the quirkiness of the genre.

You were a member of a girl group with Master P’s daughter. How was that experience and why did you decide to go solo?
Honestly, that experience was so beautiful. Because of who they are as individuals and entertainers, I was able to learn and grow in this industry in the hands of good people. That’s rare and a lot of people don’t get to have that experience.  As more news of assault and terror in the entertainment industry keep popping up daily, I’m just very thankful. And the decision to be a solo artist was a decision made long before the girl group. It became a purpose of mine since a young age, but I feel like now is the time. I’m ready and the world is ready for me. It took some heavy lifting, long hours of training, and true grit to get things moving in the direction I’m moving in, but the experiences and wait were worth it.

As a new artist, what has been challenging for you?
What has been challenging for me is having full responsibility of myself. Having the massive freedom and liberty to produce, write, sing, choreograph, dance, and wear what I want is exciting but it can be overwhelming, especially because I’m a perfectionist. I want things right and honest and a lot of thought goes into every aspect of myself as an artist.  My vision as an artist is clear, but executing it takes more than my own pair of hands, so luckily I have a team of people that stand by my side and my vision to help. To be the boss and the head person, you have to be fit and not just physically. You have to be able to be strong mentally with your intentions, will, and purpose and keep everything together like a professional athlete to keep moving in the right direction. It’s a challenge, but it’s the kind that’s good for ya.

What other projects have you been a part of or plan on being a part of?
One of the projects I’m super excited about is that I’ve partnered up with Music For Change, which is a fundraising platform where artists can raise money for a cause they are most passionate about and donate money to an organization dedicated to that cause. My best friend in high school died from cancer and so I decided to fundraise and donate money to the American Childhood Cancer Organization (ACCO) to fight cancer in youth. I’m seriously so stoked for this because I’ve been passionate about this for a long time and vowed to give back as I continue in music. I have another theatrical project in the works with Homeboy Industries, but I can’t say too much about that yet! I can’t wait until it’s finished and people can hear the story of Father Greg Boyle and how Homeboy Industries began. I hope this project will bring awareness to Los Angelinos everywhere about gang members and high risk youth. I have some personal projects too, like I also do cinematic martial arts. It calms me, keeps me centered, and challenges me to do things I am straight up way too scared to do. It would be so cool to do an action movie or a comic-based film or show.

What can your supporters look forward to from you?
Music, music, music. I got some performing dates coming up so in the meantime I’ll be releasing a new single and recording new material for the new year. The new single is a little different than what’s out there right now, but the sounds are cool and I’m excited to put some dope dance moves to them.