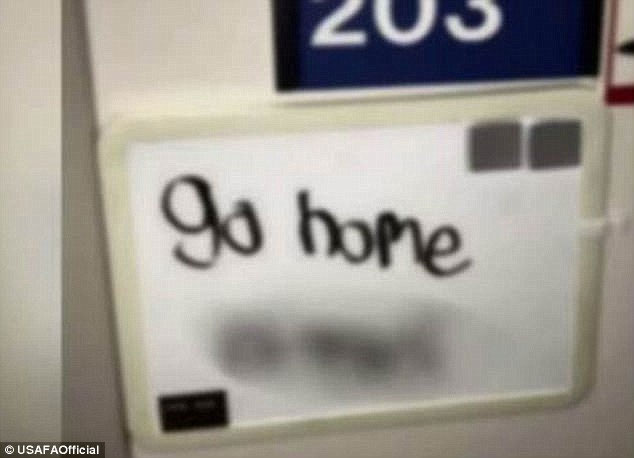 In September of this year, an incident of racial hatred took place at the United States Air Force Academy. At least five students found notes on their dormitory door with the words “go home [N-word].” Subsequently, Lt. Gen. Jay Silveria, USAF Academy superintendent, gave a withering speech to all cadets during which he said that racism would not be tolerated at the institution and “If you can’t treat someone with dignity and respect, then get out.”

Now the mystery of the racist message has been solved after an investigation. It turns out the responsible party was a Black cadet. An official statement from the USAF Academy reads “We can confirm that one of the cadet candidates who was allegedly targeted by racist remarks written outside of their dorm room was actually responsible for the act. The individual admitted responsibility and this was validated by the investigation … Racism has no place at the academy, in any shape or form.”

According to the USAF Academy, the Black cadet is no longer at the elite school. It is unknown if he withdrew or was expelled for his actions. The incident drew a national response in the wake of increased racial tension across the country. It came at the time of the violence perpetrated by White supremacists and Nazis in Charlottesville, Virginia, during a march and in the midst of the NFL players’ protest during the playing of the national anthem. There are enough real incidents of racism in the United States without a Black person needing to make up one. The former cadet should be deeply ashamed of his actions and for the turmoil he caused on campus.