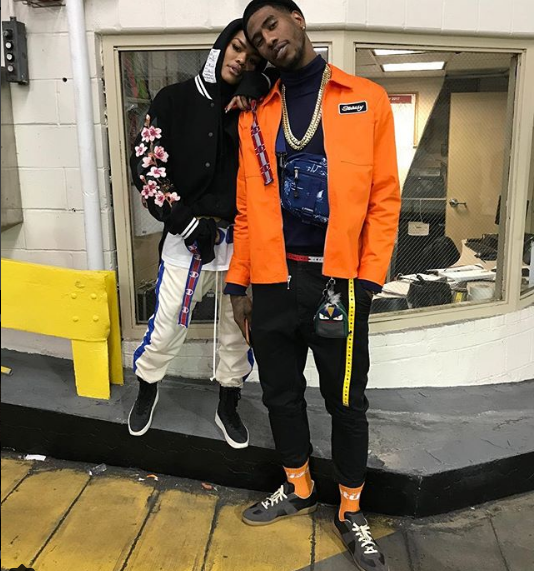 It look like Tristan Thompson is not the only Cleveland Cavaliers player with a reality show.

Iman Shumpert and his wife Teyana Taylor are encroaching on Thompson’s territory with an upcoming reality show that VH1 has picked up and will showcase on their station beginning Feb. 19, 2018. Thompson, as most know, is dating Khloe Kardashian, and has appeared on several episodes of “Keeping Up With the Kardashians” on E!

“Teyana & Iman” will premiere on Feb. 19 and will follow the newlyweds as they pursue their careers and show us some fun family time with their daughter.

Shumpert and his recording star wife have signed for the eight-episode series and will follow the daily lives of what the network is billing as “the world’s sexiest couple” and their 2-year-old daughter, Junie.

“You have Teyana, a dynamic hyphenate entertainer currently cooking up new music while booking acting and fashion gigs all over the globe. Meanwhile, Iman is dedicating total focus to helping the Cleveland Cavaliers win another NBA championship. Together they juggle two healthy yet demanding careers while their toddler Junie is their real boss at home. Finally, you’ll get to see a couple that can shut down a red carpet like no one’s business, but still put on a pair of matching PJs and roast each other like no one’s watching.”

Shumpert and Taylor will serve as executive producers on the show, adding to their impressive list of credits, which also includes rapper, deejay and clothing designer (Shumpert), R&B singer, actress and model (Taylor).

Check out this sneek peek below: