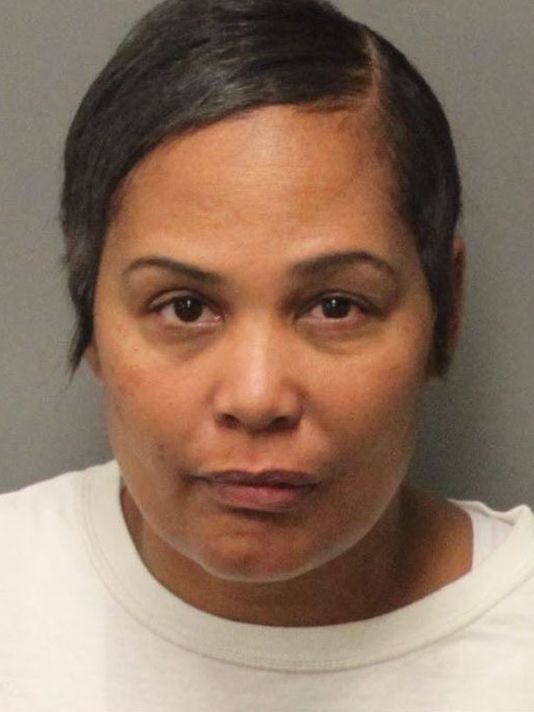 There were always suspicions about Sherra Wright-Robinson regarding the mysterious and unsolved murder of her ex-husband, former NBA star Lorenzen Wright.

She was considered a person of interest from the time her husband shockingly turned up dead in Memphis in 2010 — his badly decomposed body riddled with bullets — but investigators did not have adequate evidence to corroborate their suspicions.

Wright-Robinson has been arrested in Riverside, California, about an hour east of Los Angeles, in connection with her ex-husband’s death, investigators said this weekend. She has been charged with conspiracy, first-degree murder and criminal attempt first-degree murder, Memphis police Director Michael Rallings said in announcing the charges Saturday.

The attempted murder charge is connected to a prior attempt to kill Wright, officials confirmed, according to the (Memphis) Commercial Appeal newspaper. Police believe strongly that Wright-Robinson and co-conspirator Billy Turner previously tried to kill Wright.

According to ESPN, the arrest of Wright-Robinson came after the Dec. 5 indictment of Turner in the former basketball player’s death. Turner was a deacon at Mt. Olive No. 1 Missionary Baptist Church, where Wright’s ex-wife was also a former member.

Memphis Police Major Darren Goods, head of the Multi-Agency Gang Unit, said the gang unit received information about the case this past summer and it resuscitated the case. ESPN stated FBI agents found the murder weapon in a Mississippi lake based on a tip they received.

“We looked through this case and we did one thing, we followed the evidence and the evidence led us to Billy Turner and Sherra Wright,” Goods said. “We wanted to investigate it as if it had just happened. We went to the crime scene and walked in Lorenzen’s final steps.”

Goods would only say that Wright-Robinson and Turner knew each other. “We’ll leave it at that,” he said, adding that the investigation is still ongoing and to implore anyone with information about this seven-year-old case to come forward.

The body of Wright, 34, was found badly decomposed in a field in southeast Memphis in July 2010, and investigators found evidence of shell casings from different calibers at the scene. He apparently called 911 shortly after midnight on July 19, 2010, from a field near TPC Southwind golf course. At least five gunshot wounds were documented in an autopsy.

The Commercial Appeal reported on Aug. 1, 2010, Memphis police searched his ex-wife’s home and found burned pieces of metal and a letter addressed to her and Lorenzen Wright, but law enforcement refused to divulge what those items meant to the case.

In 2014, Wright-Robinson agreed to a confidential settlement in a dispute in Circuit Court over how she spent $1M in insurance meant to benefit their six children.

But it appears investigators that Wright-Robinson set up Lorenzen Wright to be murdered for the insurance money with the help of the man she went to church with.

Wright-Robinson only added to the suspicion when she had spent almost all of the money from the life insurance policy he took out on himself six months before his death.

Court documents in Shelby County, Tennessee, show how Wright-Robinson, 41, lavishly spent $973K of the settlement within 10 months of receiving it — even though the money was designated to support the couple’s six children.

The spending spree included several hundred thousand on a lavish home, $11,750 for a trip to New York, $69,000 on furniture, tens of thousands of dollars on a Cadillac Escalade and a Lexus, and a $7,100 deposit on a swimming pool. Her spending habits incited a legal battle between Wright-Robinson and her father-in-law over what’s left in the estate of the Memphis basketball legend. He had earned more than $55 million during his career.