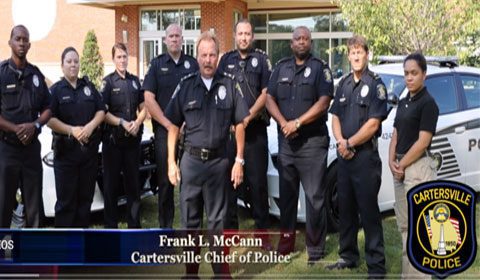 Further proof that Georgia has unfair laws when it comes to marijuana occurred in Cartersville this past New Year’s Eve. That is when local police responded to a report of shots fired at a subdivision. But what they found was not a gun or shooting victims but a peaceful private party.

According to the Daily Tribune News, police discovered in the course of their investigation a bag containing less than an ounce of marijuana. When police pressed the more than 70 party goers about who the marijuana belonged to, no one confessed. The overreaching officers decided to arrest everybody in the home for possession of marijuana less than an ounce in response. In addition, police found two guns (one reported stolen from Detroit), suspected cocaine and cocaine-related paraphernalia. According to police, everyone was arrested because the items were within everyone’s easy reach or control.

According to arrest records, those taken into custody were between the ages of 19 and 25. Some of those arrested were former athletes at the local high school and known in the community. Police complained that booking the suspects was difficult because some refused to release their identify themselves. Parents of those arrested demanded to see their children and get answers from police as to why their kids were arrested. All 70 were charged with one count of possession of less than an ounce of marijuana. As a result, those convicted face having their lives changed forever. Georgia law states that the charge is considered a misdemeanor and the guilty party faces up to 1 year in jail, $1K, probation (with associated fees) and suspension of their driver’s license. This can be a devastating blow to young working adults and is a sharp difference from what would happen if the incident had occurred in the city of Atlanta just a short drive away.

Possession of an ounce of marijuana in Atlanta means just a ticket and a fine of $75. In addition, the state of Georgia allows possession of up to 20 ounces of low THC marijuana oil if a person has a state-issued medical cannabis oil card.