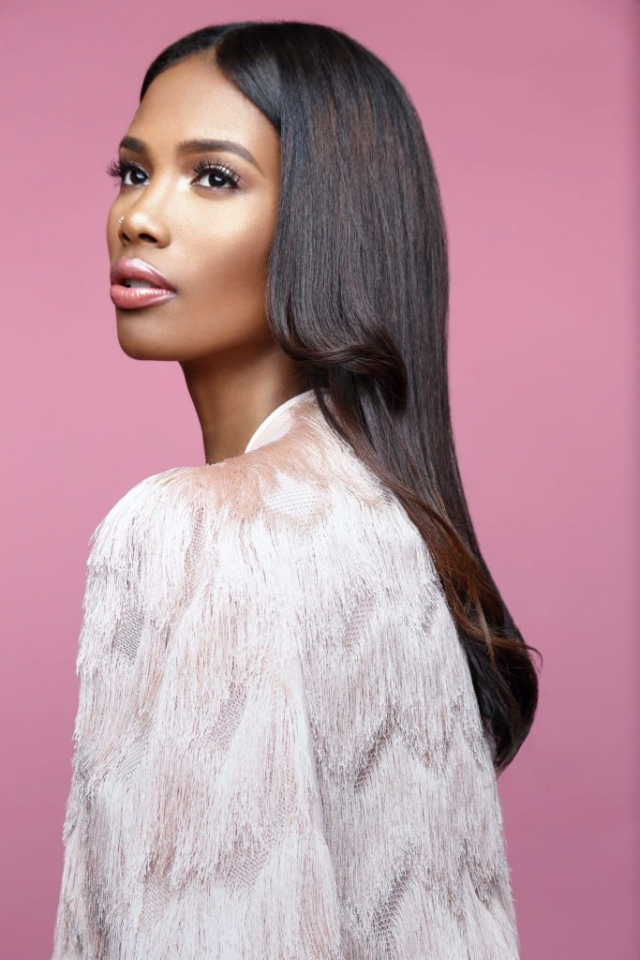 Melissa Butler, the founder of the Lip Bar (photo provided)

Melissa Butler, the founder of The Lip Bar, understands her blissful uniqueness and unending creativity that has brought her to this moment we call Black girl magic. Butler’s fingers have been on the pulse of future beauty trends for some time now. In 2010, the 24-year-old Butler was working on Wall Street and decided to start making lipsticks in her Brooklyn, New York, kitchen. By 26, she had launched The Lip Bar and quit her job. Now 32, Butler’s Lip Bar collection of lipsticks, liquid matte colors and lip glosses are sold online at Target.com and in 42 Target department stores, in about 14 markets such as Washington, D.C.; New York; Philadelphia; Houston; Chicago; St. Louis; and Charlotte, North Carolina.

That’s not bad, considering ABC’s “Shark Tank” investors rejected Butler’s pitch on the hit reality TV show in 2015. “The chances that this is a business are practically zero. Because you can’t get share(s),” shouted the Irish-Canadian venture capitalist Kevin O’ Leary to Butler and her creative director Rosco Spears. O’Leary, a “tough guy” television personality worth $400 million, continued to denigrate Butler and Spears on reality TV. “If anybody thought you could sell purple or green lipstick, they’d do it. They already have the shelf space, they’d just add another color. And they would crush you, like the ‘colorful cockroaches’ you are. You only have so many minutes on Earth, don’t waste them trying to sell lipstick. I’m out!”

“I’m so grateful for the experience [being able to pitch on the Shark Tank], even though they were completely rude, out of line and disrespectful. It really just gave people this tunnel vision into The Lip Bar to understand our story, understand what we stand for, why we are doing this.”

Fast-forward to 2018, and BlackEnterprise.com dishes that Butler’s Lip Bar is worth nearly a half-million dollars, up from making just over $100,000 in the first two years of business. According to a 2015 U.S. Census Survey of Business Owners, Black women are the majority owners in more than 1.5M businesses with more than $42B in sales.

Golden Globe award-winning actress Taraji P. Henson’s makeup artist, Ashunta Sheriff, revealed on social media that she used The Lip Bar’s liquid matte lip colors “Savage” and “Drama Queen” to get the Fox “Empire” star ready for the Oscars 2018 awards show. “I love The Lip Bar products because there are vegan and paraben free, they are long wearing but not drying lip colors,” Sheriff dished in an exclusive interview. “The color and texture range is amazing, from creamy nudes to vibrant purples.” Sheriff is an expert in skin care, makeup and male grooming. Her Hollywood clients also include Kerry Washington, Gabrielle Union and Carmelo Anthony.

This writer tried a few of the products, and my lips were perfectly kissable all day long. I loved the creamy texture, the pigment, and the fact that they did not break my super-sensitive lip skin. I spent one day wearing the liquid matte color exclusive to Target, called “Unimpressed,” and I was impressed. This dusty rose lip color was smooth and creamy, yet settled on my lips quite nicely, and lasted all day with just a few touch-ups. When trying Butler’s “Whiskey Sour” lipstick, I layered on top “Trophy Wife” lip gloss, giving my lips the perfect metallic, shiny pout.

Butler is an African queen for the millennial age, no doubt. Much like Egyptian queen Cleopatra VII, this diva has become known for her lipstick recipes. Historians say Cleopatra crushed carmine beetles and ants to create her perfect red lip pout. But Butler, a Detroit native, takes it up a notch, unlike the fierce Egyptian queen of the Ptolemaic Kingdom of Egypt. The Lip Bar lipsticks are made with shea butter and coconut oil, the liquid matte lip colors are made with sweet almond oil, the lip glosses are organic. To boot, Butler’s products are vegan and cruelty-free, manufactured in right in the heart of Los Angeles, no crushing bugs or even “colorful cockroaches” there.

“I’m so grateful for the experience [being able to pitch on the ‘Shark Tank’], even though they were completely rude, out of line and disrespectful,” Butler said in an exclusive interview. Butler is a graduate of Florida A&M University. “It really just gave people this tunnel vision into The Lip Bar to understand our story, understand what we stand for, why we are doing this.”

Also exclusive to Target is “Baddie,” a sheer pink lip gloss with gold sparkles. All The Lip Bar products are named to describe personalities, and Butler makes sure the products work well on at least four different skin tones. The price point is wonderful, along with the fashionable product packaging showcasing a high end aesthetic. Lipsticks are $12, liquid matte colors, $14, and lip glosses, $14.

“We are going to produce five neon colors for spring. Then we are also working on other things like lip liner,” said the future global beauty icon.


Posted in Beauty and Hair and tagged Target, The Lip Bar