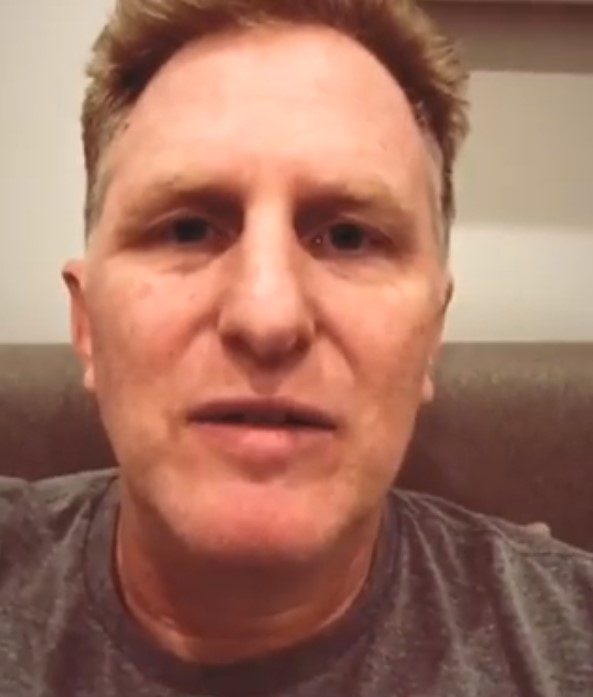 In the aftermath of the “Real Housewives of Atlanta’s” frenetic finale, Kenya Moore made an appearance on “Watch What Happens Live” with Michael Rapaport.

Rapaport had been throwing shade at Moore for years, ever since she had her wig snatched by fellow cast member Porsha Williams, saying Moore deserved it for “bullying” Williams and for yelling with a bullhorn in her face.

The Higher Learning actor joined Moore on Andy Cohen’s show to recap all things “RHOA” season 10 and to face off with Moore.

Krazy @KenyaMoore was bullying @Porsha4real went she got the wig snatched,she should have no regrets about that wig snatch #RHOA @Andy

After Cohen asked Moore and Rapaport to address each other, the temperature quickly shot up the thermometer.

Michael: “You do know you’re on the show — as a villain, correct? You’ve gotten better …”

Kenya: “I don’t need you to tell me what I am or am not, appreciate you for being a fan though, keep watching, keep the cable on. A new job would help that.”

Michael: “You wish you were me Kenya …”

Kenya: “A middle-aged fat White guy out of work, no, not really!”

After the show, was the after show.@BravoWWHL was lit.@KenyaMoore it was a pleasure 🍊
👣👣 #RHOA #WWHL @Andy
I’m a gentleman.
Thanks to someone for sending this clip.#ASHYAF pic.twitter.com/D8hoUF3fA9

Rapaport tried — and failed — to shade Moore by saying she had a “football team” for a glam squad that included “a blowtorch.” It was received with a “crickets” response from the audience.

After the verbal scuffle, Rapaport climbed on his Instagram stories and posted a picture of More being made up by her glam squad, followed by a photo of an ape.

Unfazed, Moore stuck her stiletto further in his crevice with this statement.

Please let your next book be entitled “The time when kenya moore read TF out of me” 😘👸🏾 Be well! https://t.co/3VM5GavSpj

“The nose ring and what she said on Twitter was out of line,” said Kenya. “This is a girl who has a fashion show with no fashions and built a man cave with no man.”