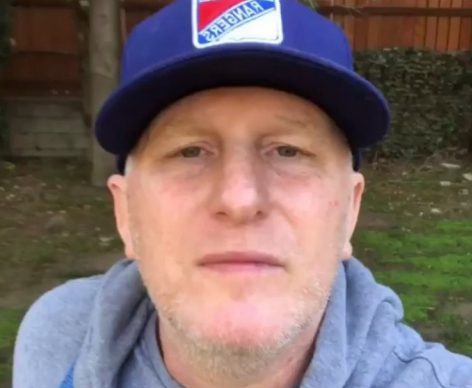 The famously bombastic and irritating Rapaport obviously touched one of KD’s triggers on Tuesday, March 30, 2021, and proudly posted the heated exchange with the Brooklyn Nets power forward for his 2.2 million Instagram followers.

The Higher Learning and Next Friday actor put KD on full blast after calling out the all-time great shooter and then claiming that the Nets player threatened him. But Rapaport actually worded the Instagram story posts as if he’s proud after getting another conquest. 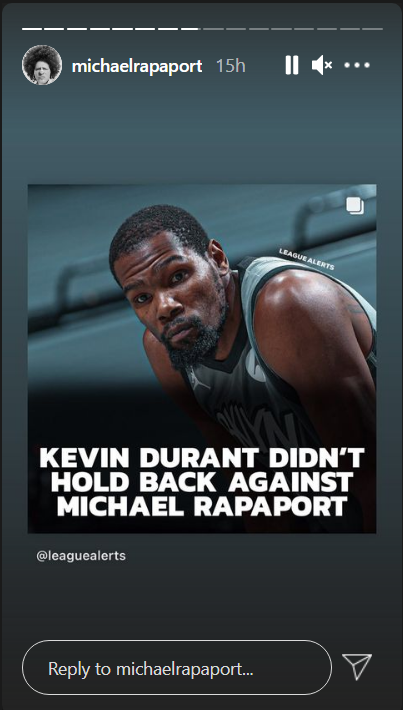 “As most of you know, I receive threats and disgusting messages DAILY,” Rapaport begins on IG. “But never in my wildest dreams did I think @easymoneysniper would be among them. The [snake Emoji] himself is now threatening me, bringing up my wife and wants to fight. This is supposed to be America’s sweetheart right? KD didn’t get ‘hacked’ either. Hold this L champ #ImDaRealMVP#igotastorytotell.”

The beef commenced when Rapaport criticized the short answers Durant gave renowned “Inside the NBA” co-host Charles Barkley in December 2020.

KD, who seems compelled to respond to many of his social media critics despite his stature and worldwide fame, couldn’t resist the bait laid out by Rapaport and retorted harshly. The nature of the exchanges was too vulgar to post on a family-friendly website. But they were screenshot and redacted by the likes of The Jasmine Brand and others. 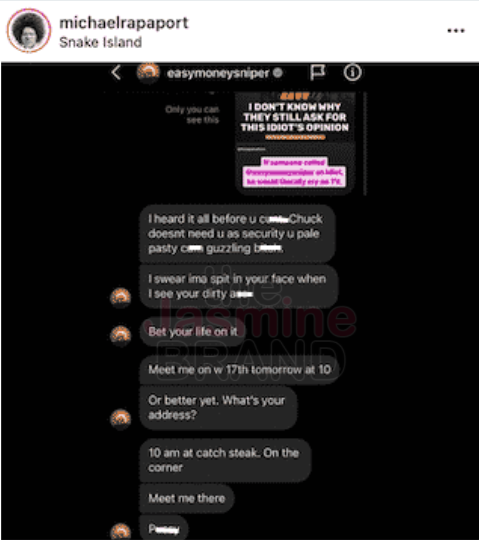 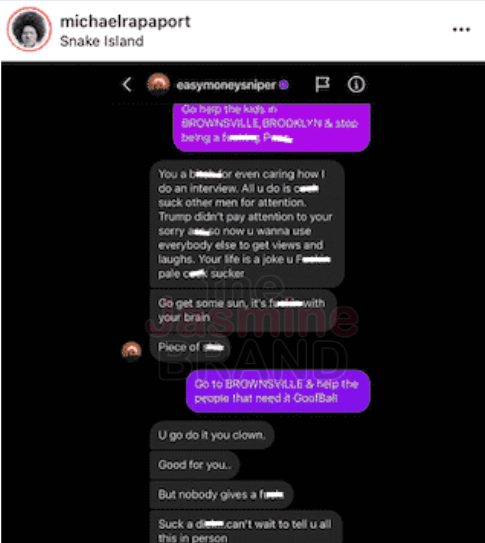 Rapaport closed the matter by repeating the fact the two used to be buddies, “but you let your insecurities ruin it all.”

What do you think about all of this, readers?