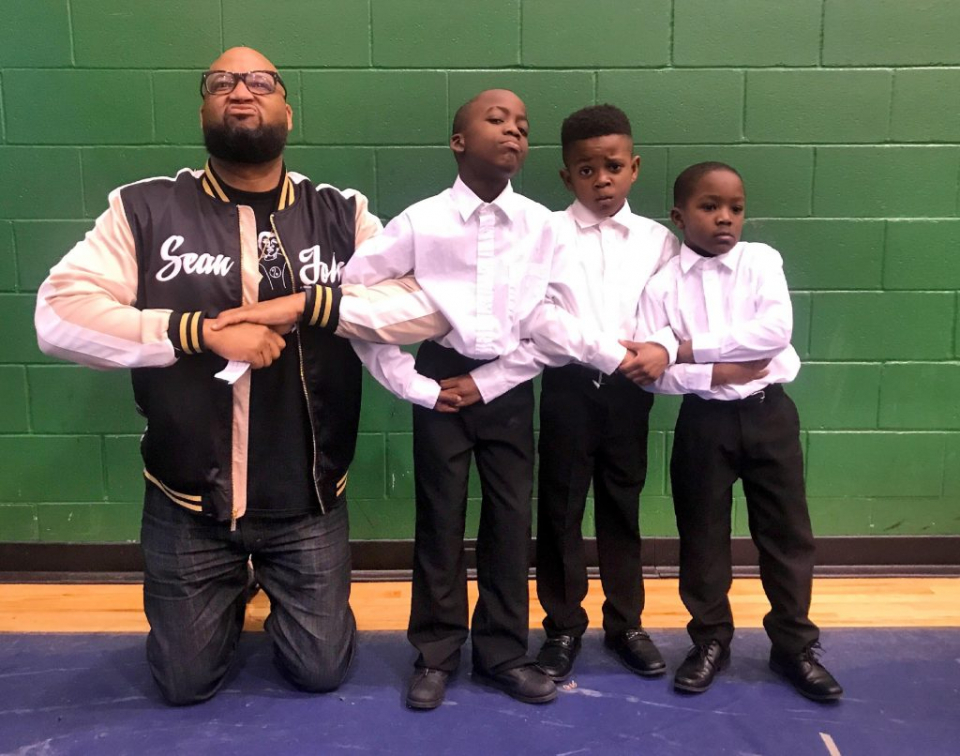 Shedrick Garrett, aka Shed G, is a popular comedian, actor and radio personality. Shed G is a faith-based comedian with a family-friendly style that captivates audiences of all ages and races. Not only is he a great comedian, but he is also an impactful member of his community who enjoys serving as a mentor. He spoke with rolling out about using his gifts to make people happy.

How did you get your start in the entertainment industry?

In college, we were booking a comedian to perform and he never showed up so they had me host so, that’s how I got the taste for the stage. I had fun with that and it gave me a little bit of experience performing in front of crowds. I went to Denver and was doing comedy and having a good time. I performed at a comedy club and Dave Chappelle was there, he said that was a pretty good joke and if I kept writing I would be good at this stuff. I moved to Atlanta to try to pursue this dream. I met up with Tyler Perry’s camp because I told a joke that I couldn’t imagine Madea [as] a Jehovah’s Witness and they saw me and they asked me if I’d ever thought about being in movies. Everything pretty much started with Tyler when he gave me that boost.

How would you describe your comedy style?

My comedy style is clever, relatable comedy, meaning I talk about everyday life, especially being a Christian and seeing the world through a Christian’s eyes. Seeing the world as a man traveling all over the nation. Seeing different things. Seeing current events and being able to relate to the information that I see. When I talk about things, a lot of times people can relate and haven’t thought about the process the way I was thinking.

What difficulties have you encountered pursuing religious comedy?

The difficulty really comes from the religious people. Especially the old-school cats. Because people feel like “that’s not church,” you’re making fun of God and the religion, but it isn’t. I’m just giving laughter to the way that I was brought up. My grandmother is an evangelist, my grandfather is a pastor. My dad is a Jehovah’s Witness. A lot of times, you get that pushback from the traditional Christians but then once they see your show, they laugh so hard. I’m speaking [of] things they can relate to. When it comes to change and trying something different, people don’t want to try because it makes them uncomfortable. Once they see the show, they realize it wasn’t anything negative or talking about the church.

Who was your favorite comedian growing up? Who have been your mentors in the industry?

Growing up, I was always an Eddie Murphy fan. I loved him because he would play different characters. And, I always loved Sinbad. My dream would be to open for Sinbad. I also love Rickey Smiley, because he was one of the ones to take the gospel and Christian comedy to the mainstream. He was the one to take it to the next level.

What do you do to prepare for a show?

I prepare for a show by listening to some hype music to get me in [the mood]. I have this favorite song called “Live Again” by Darnell Davis. It’s a gospel song, but when I tell you it’s the words, it lets you know you live again. No matter what you’ve been going through your time is now. That’s the mindset I go on stage with. I feel like when I talk to the audience, I don’t know what they’re going through. My ministry is my comedy. I put inspirational things in my comedy. They may hear a word that will help them through.

What is the best opportunity that was made available to you?

Through the blessings and the TV and the movies and being able to play Madea, being on Rickey Smiley’s TV show and “Meet the Browns,” what I am most proud about is to have the youth wanting to listen to what I have to say and being able to make an impact on them. I quietly give away $5K worth of scholarships every summer out of my own money. I make sure I give at least $500 away for SCIDS to a child. They don’t know I am giving it. I watch from afar when I go to schools and speak. I was recently the keynote speaker at the Bridges to Manhood Conference. Having a whole bunch of young men come together and relating to them and letting them know my history and my story.

What advice do you have for someone starting out?

There are two things I would tell them to get, one is this book by Bruce Wilkinson, The Dream Giver. It was given to me by a great friend who encouraged me to move to Atlanta. She encouraged me to read it. It changed my life. It made me go above and beyond to be able to do what I wanted to do. The other thing I share is the story of Peter walking on water and his family and people close to him telling him what he can and cannot do instead of seeing the great things that he was doing. The message I try to explain is that sometimes you’re going to sink and fall, but you have to get back up and get refocused.

What is in store for you in the future?