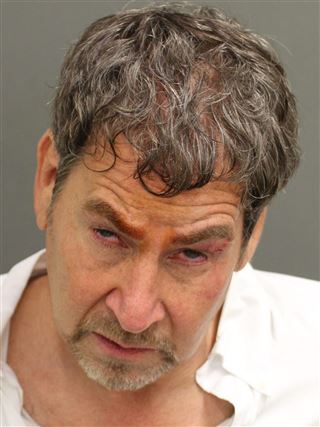 A Caucasian doctor, who berated police and airport staff after being late for a flight at Orlando International Airport this past week, complained bitterly of being treated “like a Black person” during his arrest by several officers.

According to NBC and a camera phone video that captured the arrest that quickly went viral after being uploaded to social media, Dr. Jeffrey Epstein showed up at 6 a.m. for a 6:24 a.m. flight. Most airlines require passengers to be checked in at least 30 minutes before flight takeoff. Other airlines demand even more time.

When Epstein was notified that he was not going to get on his booked flight, he immediately went volcanic and unfurled a stream of high-decibel profanities at the airline staff. When police were dispatched to the scene to neutralize the disturbance, Epstein verbally exploded on them as well, replete with wild and erratic gesticulations.

Epstein demanded the police either find him a flight “or arrest me.”

Because he refused to stop barking as commanded by officers, they proceeded to arrest him, but not without a struggle. As three cops tried to take Epstein to the ground and put handcuffs on him, Epstein repeatedly yelled out, “Oh, my God” and he said he was treated like a “Black person,” the video shows.

Embarrassed by his instantaneous outbursts about being treated like a Black person, Epstein later explained to WESH television station that he was simply trying to point out what Black people go through daily in America.

“I was making a point,” he told the station. “If you’re going to do this to a white doctor, who is 59 years old, for doing nothing, then why should Black people trust you?”

Epstein then added: “I’m a conservative Republican, I’m a Trump guy. But until the police fix this problem, I don’t blame black people for being upset when they get arrested.”

David J. Johns, executive director of the National Black Justice Coalition, said Epstein’s explanation for his choice of words comes off as “laughable” at best.

“It’s clear that Dr. Epstein stood firmly in his privilege, taunting the officers,” Johns said, according to the New York Times.  “He was condescending. He was rude. Those are all things that black people could never think to do to a police officer and remain standing and or breathing.”

Johns added that he hopes the encounter will help police think about their often violent, and frequently deadly, encounters with Black people, and how it can be deescalated from the outset. But Johns also noted how white people are treated with “kid gloves” while Black people “die in similar encounters.”

Epstein has been charged with battery on a law enforcement officer and resisting an officer with violence. Both of those are felonies. He is also being charged with trespassing and disorderly conduct.

What do you think about Dr. Epstein’s outburst? Does it bother you that ordinary White citizens are just as aware of their preferential treatment from the police and legal systems and do nothing to stop it?