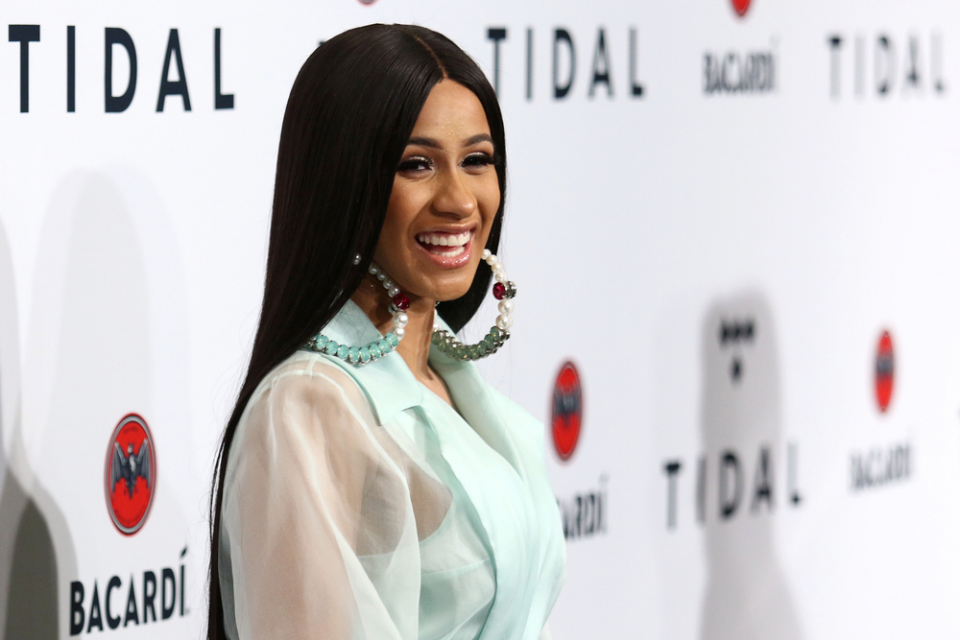 Cardi B is in talks to join Maroon 5 for the Super Bowl LIII half-time show.

The pop-rock band is said to be taking to the stage to headline at next year’s sporting event, scheduled for Feb. 3, 2019 at Mercedes-Benz Stadium in Atlanta, Georgia, and are keen to get the 25-year-old rapper on board their set as well so that they can perform their hit collaboration “Girls Like You.”

However, the “Bodak Yellow” star is reportedly causing issues as she has told organizers that she’d willingly perform but she wants her own solo set, too.

But, according to TMZ.com, it’s not just her own set she wants. Cardi is also trying to secure the best deal as she’s reportedly being bombarded with requests for performances next year, having taken a break to have her daughter Kulture.

Although Maroon 5 is heavily speculated to be the headliners, the NFL has played down the rumors and insisted they haven’t made any official announcements.

They said in a statement recently: “It’s a Super Bowl tradition to speculate about the performers for the Pepsi Halftime Show. We are continuing to work with Pepsi on our plans but do not have any announcements to make on what will be another epic show.”

Meanwhile, if Cardi does perform during the half-time show, it’ll be her first major gig since she welcomed her daughter Kulture into the world two months ago.

The rap star was meant to be joining Bruno Mars on his “24K Magic” tour this month, but she pulled out at the last minute because she didn’t feel fit enough to perform on stage every night nor ready to leave her daughter for too long.