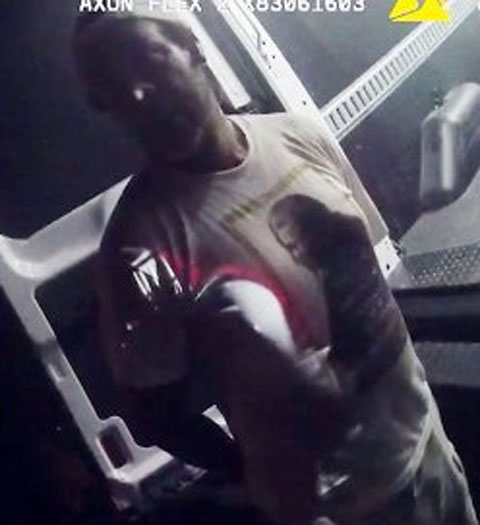 One of the proudest days a person can have is moving into their brand-new home. But for one Black man in Tonganoxie, Kansas, it turned into a scary moment with police and handcuffs.

Karle Robinson, a 61-year-old retired veteran, had been moving by himself for the past 12 hours. The last item he was moving was a big screen TV when he saw a police squad car swing into his driveway. According to The Kansas City Star, Robinson saw an officer approach, and he stated to the officer that he was a new homeowner and had the ID and paperwork to prove it. Afterwards, he said maybe they could lift the TV together. Instead, the officer replied, “I need you to put your hands on the side of the house . . .”

Soon a shocked Robinson found himself handcuffed as two other officers arrived on the scene as backup. Despite the tense situation, Robinson remained calm as he was detained, questioned and handcuffed.

Bodycam footage showed an officer entering the home filled with boxes and furniture and finding paperwork confirming Robinson’s identity and ownership of the home. The handcuffs were removed from Robinson, and the officers explained that there had been reports of burglaries in the area and, because of the late hour, they were being cautious.

A then-calmer Robinson thanked the officers for their concern and explained that he understood. However, he later told The Kansas City Star exactly how he felt after police released bodycam footage of the Aug. 19 incident.

When the officers stated that there had been burglaries in the community, Robinson told the news outlet, “That’s a lie,” adding that he spoke to his new neighbors, and there was no issue.

“They’re thinking I’m stealing,” he went on to say. “I’ve been hearing this for 40 years [and] getting pulled over, being searched. I’m not going to let this go.”

In fact, Robinson wants every officer involved fired and has filed a complaint with the police department about the incident.