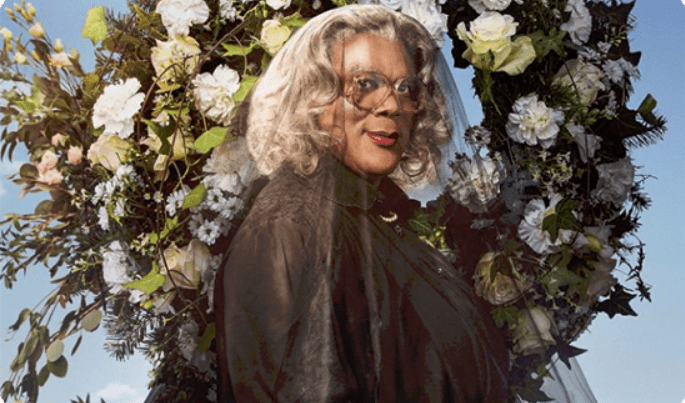 Broken-hearted Madea fans are all in their feelings after movie mogul  Tyler Perry declared the hot-tempered, gun-toting, acid-tongued grandmother with the unorthodox speech patterns will die in 2019.

As rolling out reported previously, the beloved character with the robust waistline and big-print dresses, will be no more after this final movie and national stage tour. As a going away treat, Perry has released the trailer for Madea’s final movie, Tyler Perry’s A Madea Family Funeral, much earlier than usual. The Lionsgate film is scheduled for release nationally in theaters in March 2019.

The movie will star, of course, Tyler Perry as Madea and feature the likes of Courtney Burrell, David Otunga, Cassi Davis, Ciera Payton and many others.

According to the trailer, the movie revolves around Madea entering the backwoods of Georgia where she attends a family reunion that somehow ends with a death in the family.

As Madea plans the funeral arrangements, some dark family secrets are unearthed that lead to more chaos.

Check out the trailer to Tyler Perry’s a Madea Family Funeral below.