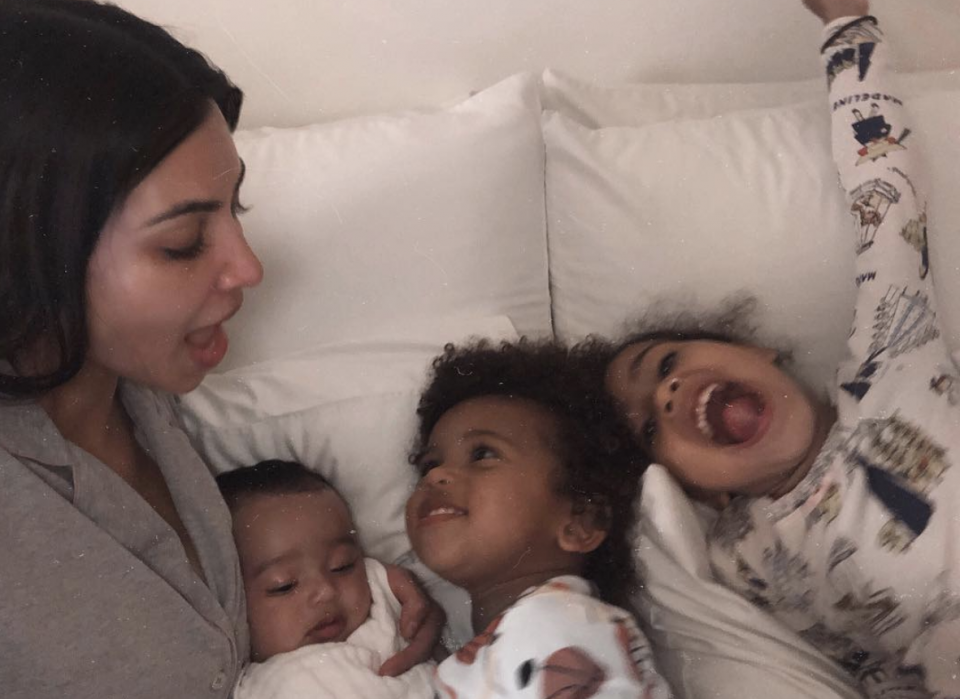 Kim Kardashian West’s home was evacuated after a mass fire broke out in Calabasas, California, on Thursday night Nov. 8, 2018.

The “Keeping Up with the Kardashians” star took to her Instagram Story to share the scenes from the blaze as she landed and revealed she and her family had just an hour to pick up a few of their belongings before leaving.

In the first clip, Kardashian — who has North, 5, Saint, 2, and 9-month-old daughter Chicago with her “All Day” rapper husband Kanye West — shared a video of her flying in as she witnessed the fire tearing through the city, and wrote: “Pray for Calabasas. Just landed back home and I had one hour to pack up and evacuate our home. Pray everyone is safe.”

She then updated fans, letting them know she was having to leave her home, writing: “They’re evacuating everyone now from all of our homes.”

The 38-year-old reality star then praised the fire services, adding: “Firefighters are arriving. Thank you for all that you do for us!!! (sic)”

The final clip showed Kardashian in the car as a police car drove past blasting its siren as they continued the evacuation process.

A little voice, presumably one of Kim’s three children, could be heard at the end of the clip, saying: “We’re safe.”

It was later confirmed on the City of Calabasas Twitter page that they were evacuating everyone in the area and nearby Hidden Hills and Agoura Hills, where many celebrities reside, as the fire had spread.

An update read: “The #Woolsey Fire has grown to over 2,000 acres with 0% containment. @LACoFD has ordered a mandatory evacuation in all areas north of the 101 freeway from Valley Circle to Lindero Cyn. A voluntary evacuation remains in effect for Calabasas areas south of the 101 (sic)”

An hour before she learned of the fire, Kardashian shared pictures of her sister Kendall Jenner walking on the Victoria’s Secret fashion show runway in New York.