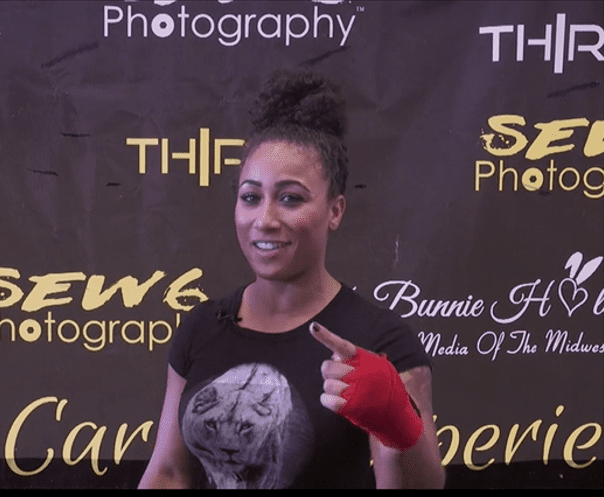 There’s going to be a girl fight, but not the one you anticipated.

Nicole “Hoopz” Alexander from one of the original reality shows, “Flavor of Love,” was all set to fight Farrah Abraham, the former “Teen Mom OG” star, in Atlantic City, New Jersey, on Saturday, Nov. 10, 2018, in a charity boxing match to raise awareness about bullying.

However, just days before the match, Abraham dropped out, stating that “…they breached the contract,” and that she didn’t “…even have a flight to get the flight,” according to what she told TMZ.

We may never know the truth about why Abraham quit, however, the match will go on, and another reality show star will be jumping into the ring with Hoopz. Natalie DiDonato of “Mob Wives” fame stepped up and took on the boxing challenge.

Hoopz welcomed Nat D to the fight on her Instagram page, saying, “@nataliedidonato_ stepped up to hop in the ring with me to raise awareness for #AntiBullying. Let’s gooooo! Nov 10th #AtlanticCity 🖤. (sic)”

So, gloves up because this match just got a tad bit more exciting. To add to the excitement, another “Mob Wives” star, Drita D’Avanzo, is set to referee the match. Get ready to see a lot of beauty and boxing in the ring on Saturday. This is definitely one match you don’t want to miss. And remember it’s all for a great cause, to raise awareness about bullying.

Click to the next page to rolling out’s recent interview with Hoopz.