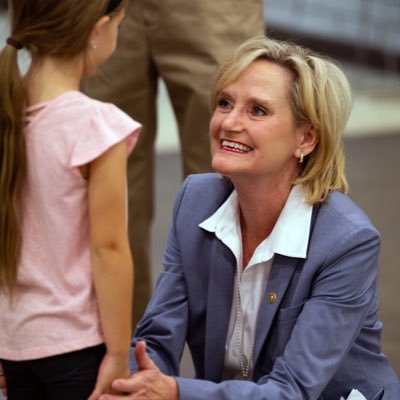 A White U.S. senator locked in an election runoff against a Black male candidate horrified the country when she joked that if she were invited to a public hanging, she would “be in the front row.”

In a state that even the legendary White reporter Peter Jennings once called “the most evil state in the country” — and is most notorious for hanging hundreds of Black men during the Jim Crow era of legal racial segregation — Cindy Hyde-Smith felt comfortable enough to say publicly and on video that she would watch someone being murdered through lynching. The footage has since gone viral nationally, the Washington Post reports.

“If he invited me to a public hanging, I’d be on the front row,” Hyde-Smith said during a campaign stop in Tupelo, Mississippi, according to the publisher of the Bayou Brief, Lamar White Jr. The man whose invitation she was referring to was a local rancher.

"If he invited me to a public hanging, I'd be on the front row"- Sen. Cindy Hyde-Smith says in Tupelo, MS after Colin Hutchinson, cattle rancher, praises her.

Hyde-Smith is in a runoff on Nov 27th against Mike Espy. pic.twitter.com/0a9jOEjokr

Mississippi was the most bloodthirsty state in the Union when it came to lynching Blacks with 581 recorded between 1882 and 1968, according to the NAACP.

Hyde-Smith is running for the state senate seat against her Black male opponent, Mike Espy, on Nov. 27, 2018.

The NAACP has since excoriated Hyde-Smith’s remarks and blamed Donald Trump for creating a toxic atmosphere in which such incendiary rhetoric would be tolerated.

“Hyde-Smith’s decision to joke about ‘hanging,’ in a state known for its violent and terroristic history toward African Americans is sick,” NAACP President Derrick Johnson said in a statement on Sunday, according to The Hill.

“To envision this brutal and degenerate type of frame during a time when Black people, Jewish people and immigrants are still being targeted for violence by White nationalists and racists is hateful and hurtful,” Johns continued. “Any politician seeking to serve as the national voice of the people of Mississippi should know better. Her choice of words serves as an indictment of not only her lack of judgment, but her lack of empathy, and most of all character.”

Johnson also holds Donald Trump personally responsible for generating “a social and political climate that normalizes hateful and racist rhetoric.”
In a statement, Hyde-Smith said she was merely “accepting an invitation to a speaking engagement.”

“In referencing the one who invited me, I used an exaggerated expression of regard, and any attempt to turn this into a negative connotation is ridiculous,” Hyde-Smith added.

Her opponent, Mike Espy, who would be the first Black U.S. Senator since Reconstruction (1883), condemned Hyde-Smith’s comments as “reprehensible.”