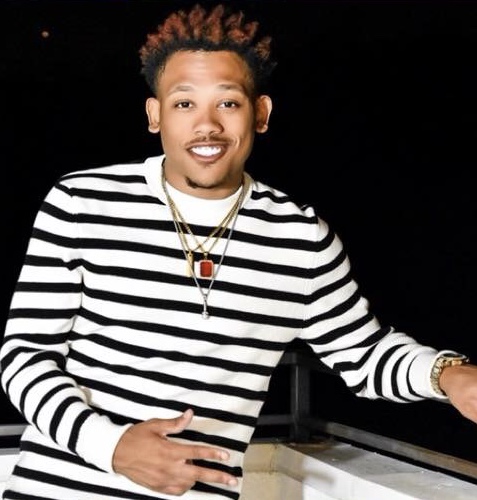 Nakuu, aka Terrell Bryant, is the son of Jason Bryant, founder and keyboardist of the legendary S.O.S. Band. The S.O.S. Band is known for the hit songs “Take your Time,” “Tell Me If You Still Care” and “Just Be Good to Me.”

Rolling out recently spoke to Nakuu to learn more about his experience as a new artist, and what to expect from the visual for his single.

As an R&B artist taking social media by storm, describe who Nakuu is in five words.

You are based in Los Angeles. How are you able to network and get your music heard?

Well, I spend a great deal of time going to [different] music events, I keep my fans updated on the latest [projects], and I exchange numbers with other creators, collaborators and orchestrators. Most importantly, I always surround myself with people who are already where I would like to be.

Was there ever a time you had a setback in your music career? How did you overcome it?

In 2017, there were people on my team who embezzled money from me and undermined everything I worked hard for. As a result, my walls went up and my capacity to trust [people] went down. I [eventually] returned to making music because it was the only thing I knew to be real. I ended up bouncing back in no time, and my following tripled.

You’ve been selling out concerts with your recent tour. Briefly, tell us more about your experience.

It was an unbelievable experience. The lights, the screaming fans, the signage, the vibration I felt from the ground, and the stillness of the air made it all so real for me. I always knew I’d live out my dreams, but in that moment it was so much more than I could have ever imagined.

With one million streams on Spotify and 40K subscribers on YouTube, how do you think social media has helped your music get exposure?

[I believe] social media is an important tool because it allows me to stay connected with my fans. It not only gives me the ability to share my craft in a seamless fashion, but it makes it easier for fans to share as well. Shareability is the key ingredient of a growing platform.

The music video to your single, “Give It to You,” was just released. What is your vision for this project?

[My vision is] for everybody to have a dope song to vibe out to wherever they are. Whether that’s in their cars, the club, a kickback, cookout — wherever! I love sharing good vibes through my music, and this new release is going [to bring] the positive feels we’ve been missing out on today.

Watch the visual for his single, “Give It to You” below.