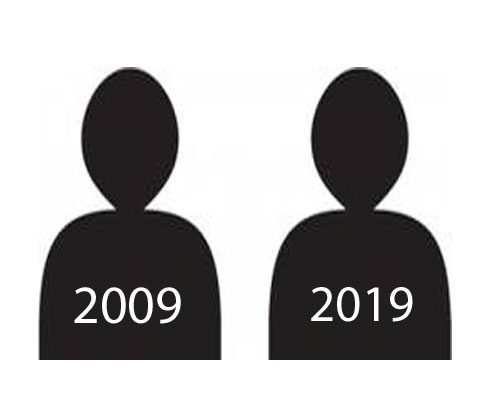 Is Facebook pimping you with the 10-year photo challenge (Image source: Mo Barnes for Steed Media)

It’s hard to not participate in some social media games that friends are playing. The latest one currently is the 10-year photo challenge. The object is to post a 10-year-old picture of yourself, and then post the most recent photo in 2019. On the surface, it seems harmless and lots of fun to see the changes in friends and family. But there is a possibly more nefarious reason for the spread of this challenge, according to conspiracy theorists. That reason may be using your picture to train computers on facial recognition and to sell your information to law enforcement or other unknown third parties.

Because Facebook has admitted that user data was being sold to third parties, there are many concerns over privacy. Some of this data mining was through popular online quiz games that Facebook users participated in with a viral glee. But few noticed that they gave permission to third parties to access their online information and contacts. With the popular 10-year-photo challenge, conspiracy theorists feel that the challenge is another data-mining operation. Wired magazine took up the theory and noted that the pictures people are uploading can be used to train a computer in more accurate facial recognition algorithms. According to Wired, “In other words, thanks to this meme, there’s now a very large dataset of carefully curated photos of people from roughly 10 years ago and now.”

Facebook responded to the #10yearchallenge conspiracy with the following statement, “This is a user-generated meme that went viral on its own. Facebook did not start this trend, and the meme uses photos that already exist on Facebook. Facebook gains nothing from this meme (besides reminding us of the questionable fashion trends of 2009). As a reminder, Facebook users can choose to turn facial recognition on or off at any time.”