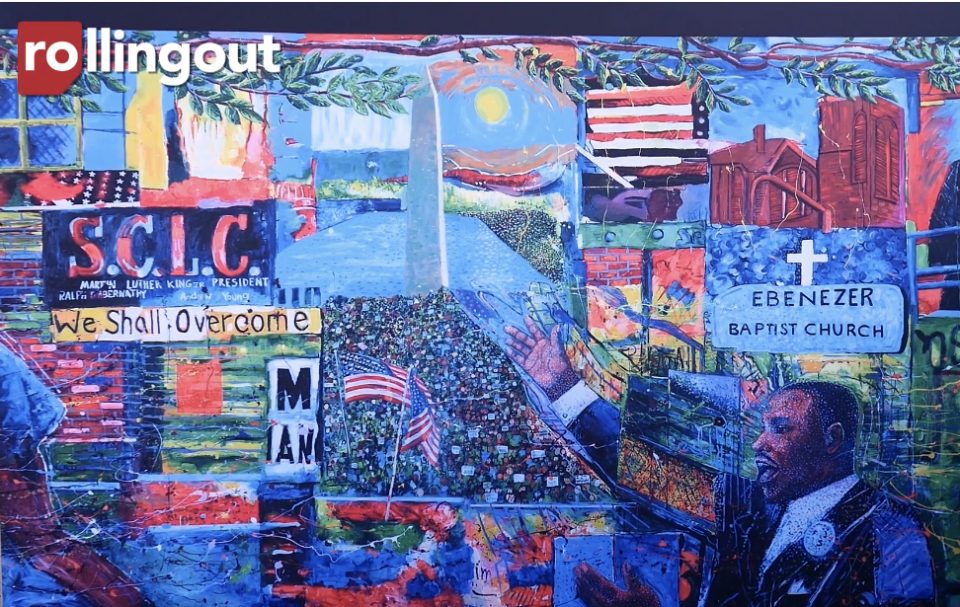 Each year on the third Monday during the month of January, people gather around the world to honor the legacy of the late civil rights leader Dr. Martin Luther King Jr.

This year, on Jan. 21, 2019, Atlanta‘s historic Auburn Avenue was filled with people dedicating their holiday to activism, mindfulness and reflection. Some visited the crypts where King and his late wife Coretta Scott King are interred on the grounds of The King Center. Others visited the Martin Luther King Jr. National Historical Park and historic Ebenezer Baptist Church. Hundreds also participated in a peaceful march down Auburn Avenue.

Comcast NBCUniversal made it a priority to pay homage to the civil rights leader as well. The media company presented a live activation experience at The King Center. Visitors were invited to take pictures and record videos in front of a colorful mosaic and share how King has inspired their lives. Each participant was then gifted with a beautiful blue bag that featured King’s image.

Actor and TV host Terrance J also stopped by to pay tribute. “We’re here at the King Center, and this march is amazing,” he said during an interview the rolling out.  “I’ve never been to this march, but it’s just good to be with the people and feel that culture.”

The artistic murals dedicated to King are a part of Comcast NBCUniversal’s ongoing to commitment to the African American community. Jose E. Velez-Silva, vice president of multicultural marketing communications for Comcast, shared why the company participated in this important celebration.

“It’s a part of our ethos as a company; we support diversity and inclusion,” Silva said. “Comcast is one of the most diverse companies in the U.S. and now in the world. Most importantly, we have been a proud supporter of the Civil Rights Movement for many, many years. Our employees and our company support it through all of our different products, such as NBC and all of our networks.”

Comcast’s Xfinity TV is planning a special project for the upcoming celebration of Black History Month with specially curated content within the genres of Black film and television.

Click continue to watch the full video below to relive our day at The King Center, hear full interviews, see the peaceful march and more.