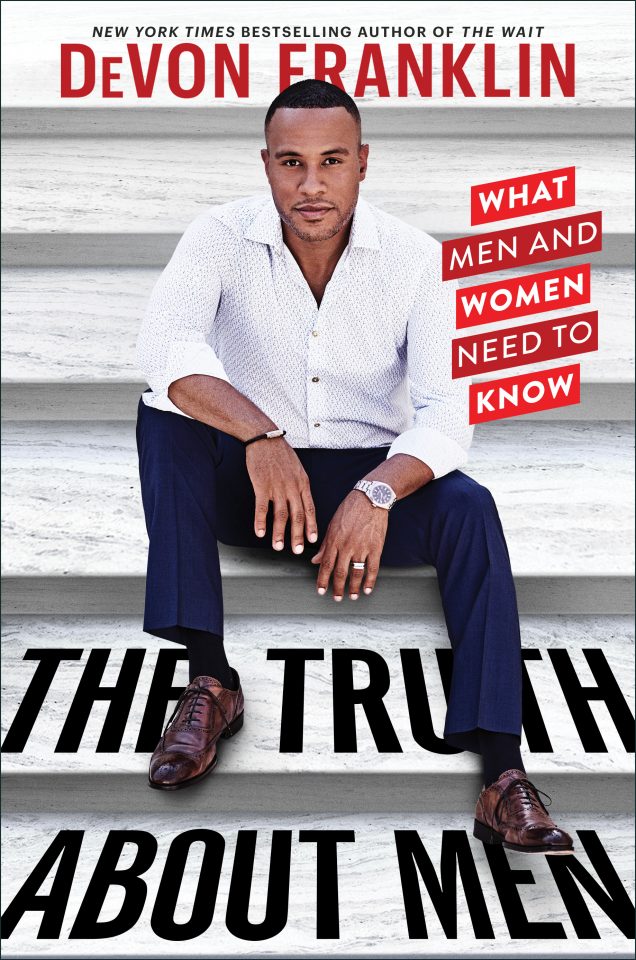 Hollywood producer DeVon Franklin‘s new book, The Truth About Men: What Men and Women Need to Know, was released earlier this month and it is already making waves. The book reveals the real reasons, according to Franklin, behind men’s behavior and how women can cope with them.

During a recent visit to rolling out studios, Franklin offered some advice on how men and women can better coexist.

In the book, you talk about creating a safe space in a relationship. Can you explain what that means?

It’s so important in your relationship to have a space where both of you can talk freely, but here is the key: no judgment. So often in a relationship when someone says something that we don’t like [or] when they express their truth, we get angry, judge them, and sometimes make them feel less than because they had a point of view that was different than ours. When we allow truth in a relationship, we allow communication to come back.

You write that men often seek validation and protection. How can women help protect men?

[As] men, we do seek validation and vulnerability, but we don’t always know how to be vulnerable. We don’t always know how to love, and sometimes we feel insecure because society says in order to be a man you have to fit this certain box. You have to be the breadwinner, be the dominant one and be the one that makes the money. You cannot cry. You cannot show emotion. So when we don’t fit that box, we get hit or talked about. In a relationship, when he has a hard time communicating, it’s important that you don’t immediately get mad at him or say, “What’s wrong with you?”

You write that “brokenness often happens to men by their fathers.” Can you explain what you mean by that?

A lot of times, especially in communities of color, we are often raised without fathers. I was pretty much raised without a father for most of my life. [With a] lack of fathers in the house, we don’t always have a model of what it means to be a man [or] what it means to take leadership. We are left to fend for ourselves and figure it out. As a result, we end up becoming what the culture wants us to be.

Now that you’re happily married to actress Meagan Good, how do you not give in to your impulses?

I put her needs above [my] impulses. I put my family’s needs above the urges. The love of what we have in life is the antidote.

In The Truth About Men, you denounce the old saying that “the way to a man’s heart is through his stomach” as false. How so?

A lot of times people say that and it [teaches] women that love is conditional. … I think that’s a slippery slope. … I believe the way to a man’s heart is being who you are and knowing that that’s enough. [That means] whether you cook, clean or not, [he] still loves you.