Explain the process of working with Lorraine Toussaint and Saniyya Sidney.

I really see it as a combination of both. I think that Ruth has had these abilities as a young girl,  and she was scared of them, and they were disturbing to her. She, in her adolescence, as a lot of teenagers do, experimented with drugs and alcohol and actually found that was a way for her to numb these seizures. And so she sort of got into this addiction that she thought was helping her, but it was just concealing the pain and concealing her true power.

In one scene, you’re coming home, you’re 10 steps from the door and then you stop and you buckle. That’s real. Tell us about that.

That to me was something that I really thought was refreshing about the story. So often in traditional narratives, we see the hero goes on this great adventure, they have all these challenges, and then they go home. And it’s the end — happily ever after, that’s that. This movie, for me, really starts when she goes home. And actually sometimes going home like that — confronting the past, connecting with your family, you know, repairing relationships — can actually be a thousand times harder than making your way in the world where no one knows who you really are. You can kind of start fresh and reinvent yourself. But going home, that’s the real challenge. And I thought that was really interesting to have a story start that way because it takes everything to a much deeper, more authentic level.

The quote, “Our abilities can’t fix things. If something is broken, it stays broken.” Can you explain that? 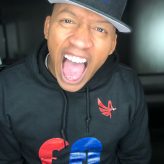