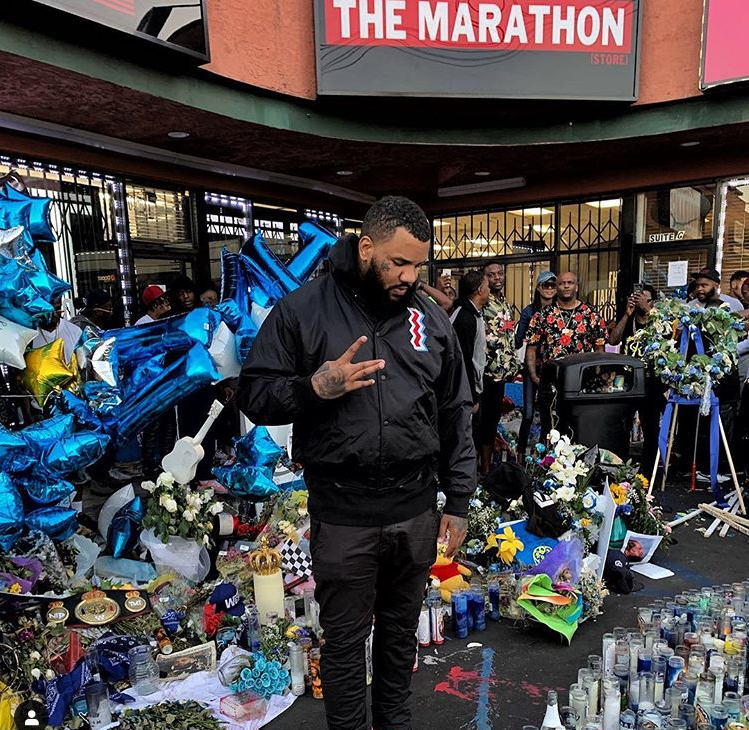 Ever since the tragic death of legendary rapper-entrepreneur-philanthropist Nipsey Hussle on March 31, 2019, one of his closest friends, The Game, continues to keep the memory of the hip hop hero alive via social media.

The most recent thoughts from The Game, born Jayceon Taylor, 39, is a poignant poem to Lauren London, as he continues to pay homage to the murdered rap star.

The Game talks about the couple’s unbreakable bond with the poem titled “Love Never Dies.”

“Love never dies”. A poem I wrote for Lauren……. Soulmates are born Sometimes worlds apart As they grow, in life there’s a magnetic energy that pulls them closer & closer to one another This love knows no color It is blind When you find this love there’s a sign They say you can miss it if you blink It might pass you by if you think If by chance the universe aligns with those two hearts in the same place at the same time Then & only then will you know that love in its purest form has a glow It has a touch, it has a feel it can’t be undone it is God’s will Just as we’re lucky to have the gift of life finding a soulmate is living twice & though one day the physical must part this love does not live in the dark 2 souls forever bonded & unbreakable seal An everlasting strength A heart at the peak of eternal bliss The feeling you were born to know The life you were born to share The love that can never be replaced as you were created as a pair You & Nip found one another As some soulmates never do Now a picture in black & white will always be “Nipsey Blue”. #TheMarathonContinues 🏁 #OneNipPostADayTiliFadeAway

Outside of his family, The Game took Nipsey’s death the hardest, posting videos of himself being distraught, despondent and lost. Perhaps this is a cathartic way for The Game to express his angst and to heal from the gaping emotional wound caused by his “brother’s” passing.