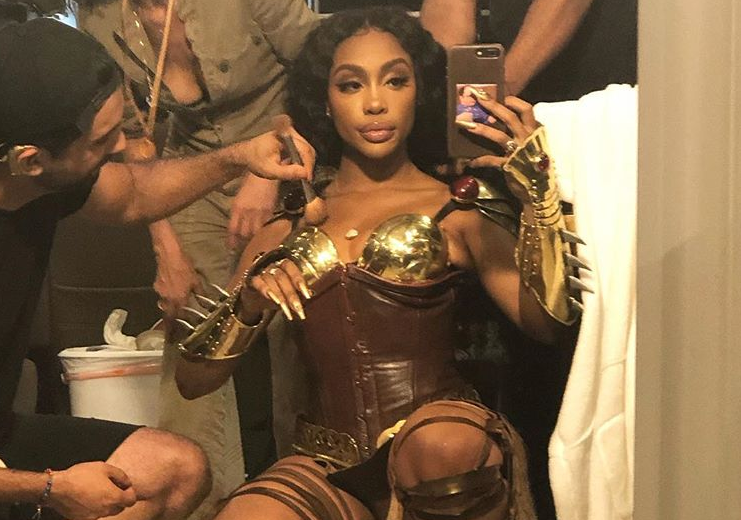 It is really ironic that soul songstress SZA was racially profiled at the Sephora’s Calabasas, California location. She once worked as a beauty consultant for the company. Plus, she was an ambassador for Rihanna’s Fenty beauty products, which are housed in Sephora stores nationwide.

So, when the 28-year-old “Consideration” singer felt she was racially profiled at Sephora in May, SZA snapped and put the Calabasas location on full-furnace blast via Twitter.

Lmao Sandy Sephora location 614 Calabasas called security to make sure I wasn’t stealing . We had a long talk. U have a blessed day Sandy

SZA, whose real name is Solána Imani Rowe, also wrote on Twitter: “Can a b—- cop her fenty in peace er wut?”

Ambushed by the tidal wave of negative publicity that comes from angering the vast fanbases of these two popular singers — SZA and Rihanna have nearly 80M combined Instagram followers alone, not counting their other social media platforms — Sephora tripped and stumbled into an image-saving PR move.

The beauty hub will shut down more than 400 stores to host inclusion workshops for its 16,000 employees on Wednesday, June 5, according to a statement posted on the company’s website.

Rihanna, 31, who has built a multi-million dollar Fenty Beauty empire, found out about the episode and gave her occasional music partner a gift card to go and cop whatever she wants in peace.

Knowing Rihanna modus operandi, you can believe that someone from her team placed a call to Fenty’s LVMH parent company to have them light a blowtorch under Sephora. The timing of this diversity training cannot be overlooked.

Sephora responded to the episode via Twitter that it was “actively working with our teams to address the situation immediately.”

Sephora, who claims it was already planning to have diversity training, said in a statement obtained by Reuters that it “believes in championing all beauty” and “building a community where diversity is expected.”

There have been several high-profile incidents with Sephora workers where customers have claimed racial discrimination. Jezebel pointed out that in late 2017, a video went viral showing several Black shoppers confronting a White Sephora employee who followed them around the store and then sicced a security guard on them.