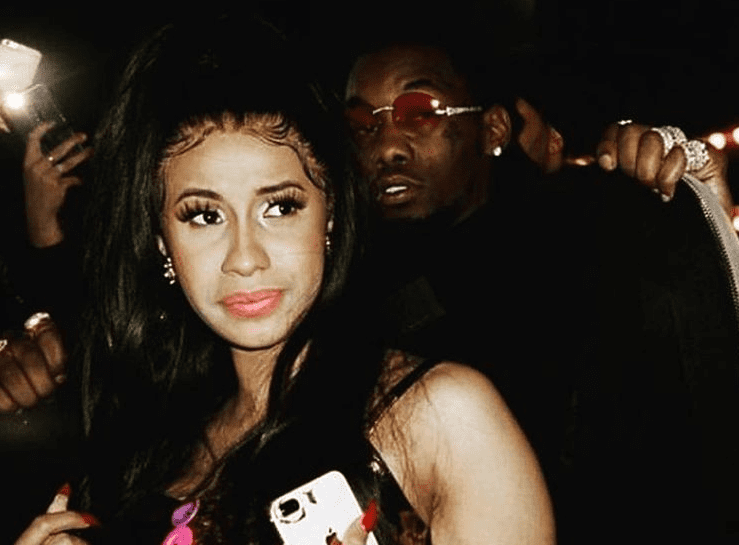 The husband and wife team of Offset and Cardi B are churning out hit records and fighting indictments together.

Migos rapper Offset, 27, was hit with both good and bad news on Tuesday, July 8. The felony gun charges and misdemeanor marijuana charges he faced have been dropped by the district attorney’s office in Clayton County, Georgia, a suburb of Atlanta.

But Offset, whose real name is Kiari Kendrell Cephus, is reportedly under investigation by the U.S. Department of Justice, TMZ reports, and the Georgia D.A.’s office cleared the way so that the federal probe could continue uninterrupted.

Those gun charges stemmed from a traffic stop in April 2019 for a reported improper lane change and tinted windows on his vehicle. During the stop, officers discerned that distinctly pungent smell that emits from marijuana and subsequently searched the vehicle and found the gun. But it appears that the alleged transgressions have been forgiven.

Meanwhile, wife Cardi B was recently indicted for allegedly initiating a brawl at a New York strip club after concluding that one of the female employees was attempting to seduce Offset.

As is customary in a federal probe, the U.S. Attorney’s Office and FBI will not disclose why they are interested in the husband of rapper Cardi B, nor specifics of what they are looking for at this point.

But, according to TMZ, going through with the state gun case would imperil the federal case as it “would alert other potential future parties to the investigation and evidence that may support federal charges against said parties.”

Offset’s attorney, Drew Finding, was caught off guard when he was notified that the feds were interested in Offset and the people that were with him during that April traffic stop.

“We have received no information to indicate that Mr. Cephus is the target of any federal investigation,” he told TMZ. But Finding did agree that the state gun charges needed to be dismissed.

“As to the dismissed state case, it is true that a motion challenging the legality of the stop and search was filed by his defense team. Even though the case was dismissed, we maintain that this was an illegal stop.”