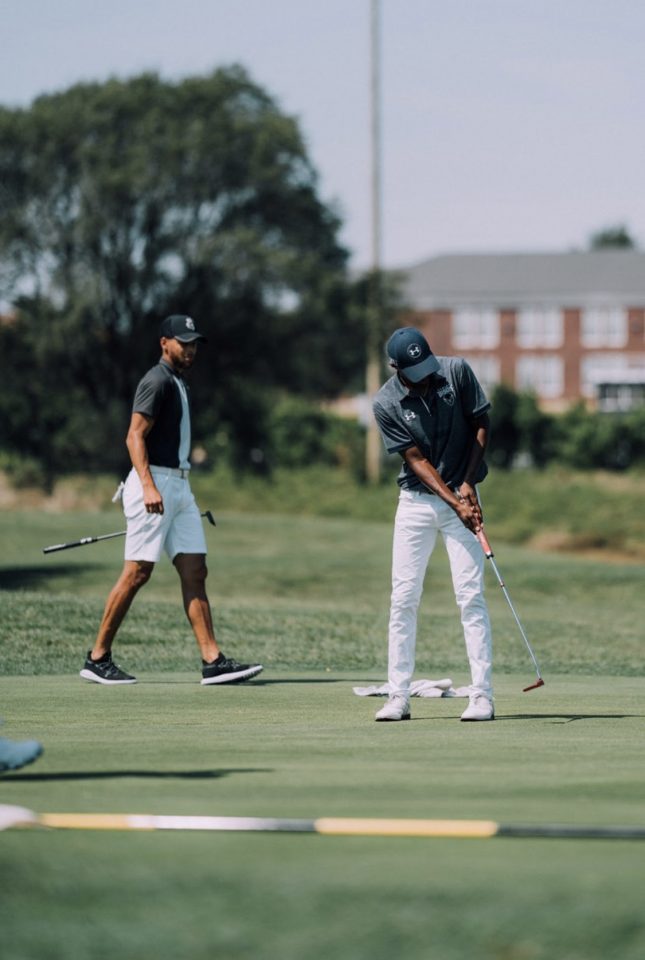 Golf is a sport that is too often hard to access for Black youth because of lack of resources, funding, and information, but thanks to one determined Howard University senior and the help of an NBA superstar, that narrative is shifting.

On Monday, Aug. 19, 2019, Howard University announced that NBA All-star Stephen Curry committed to sponsoring the HBCU’s first Division I men’s and women’s golf program for at least six years, starting with the 2020-21 season.

Although the university had a Division II team decades ago, this new accomplishment is attributed to Otis Ferguson IV, a 20-year-old Howard University senior, economics major, golf aficionado and Bloomfield Hills, Michigan, native. Rolling out spoke with Ferguson, who created the golf club that sparked Curry’s interest in supporting an HBCU golf team.

When did you begin playing golf?

I have been playing golf my entire life. I used to carry a set of plastic clubs around the house. My dad played a lot and as soon as I was old enough to go on the course, I would tag along.

How did you meet Steph Curry and ignite his interest in Howard University golf?

I knew he was going to be on campus for a screening. Afterwards, he came down to interact with the students. I knew if I said something about golf, I would pique his interest.  I asked him to play a round of golf before he left and he came over. I told him I started a golf club and he said he’d get behind it. He told me to take down his email and reach out. From there I reached out and a few weeks later I got the initial response. Since then it’s only gotten bigger.

How does it feel knowing that you’ve helped to make history?

I’m really inspired because I know that this is beyond both of us. To be in a position where I was really able to partner with somebody like Steph Curry, who effectively uses this platform and is sincere in everything that he does, means the world to me.

What are your hopes for your legacy of golf at HBCUs?

Knowing that both men and women golfers who are in the same position that I was, trying to decide between Howard and golf, won’t have this problem is really powerful to me. I hope that this inspires other people to have faith and know that whatever their passion is, their story is, that it’s not too small or too personal. I’d love to see Howard compete and make a name for itself on a national level in that area of athletics.

What will your involvement be with the team after graduation?

I’m not sure at the moment. I will be back to see the team in some capacity; I’ll know more as the year goes along. I honestly just want to take it all [in] and weigh out what works best for me.