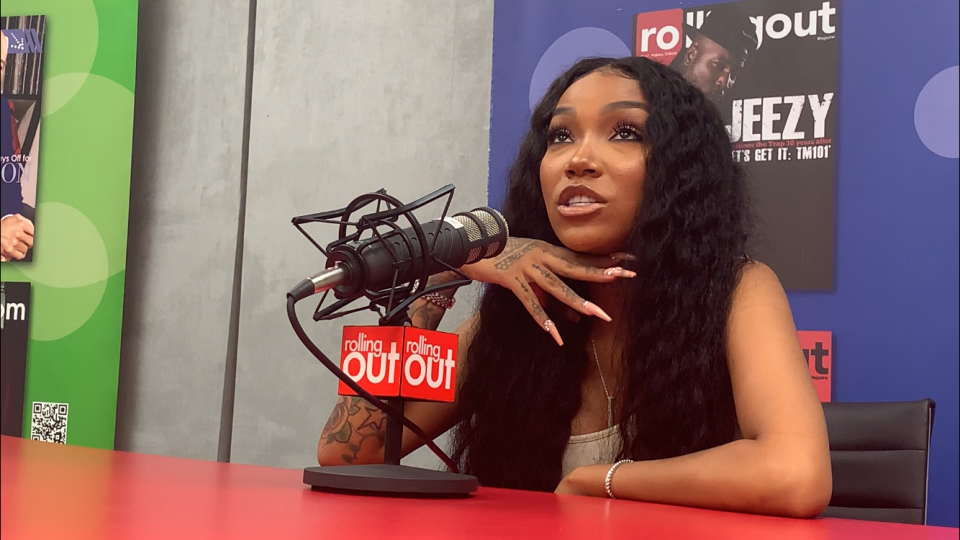 Tokyo Jetz during rolling out interview (Photo by A.R. Shaw for Steed Media)

Tokyo Jetz is a female rapper signed under T.I’s label, Grand Hustle Records. Jetz is well known for her singles “The One” and “No Problem,” which are featured on her latest album Bonafide.

Tokyo Jetz, who in May announced that she is pregnant, is due to deliver her first child any day now. Jetz first announced her pregnancy through a post on Instagram after keeping it a secret for five months to protect her privacy and maintain peace in her personal space. Thanks to the protections she put in place, she is expecting a healthy baby boy whom she has already named Amir.

Rolling out sat down with Tokyo Jetz to discuss her pregnancy journey while maintaining a rap career.

How are you balancing your career during your pregnancy?

We’re still recording. I probably got over 100 songs that’s recorded. So, we got like a project that’s ready to drop, we got a mixtape if I want to drop a mixtape right after that. I’m still doing features. I actually just shot a video before I came here, so I’m two centimeters dilated still. I can give birth at any moment. [I] just shot a video and I’m here.

What was the inspiration behind your maternity shoot?

I feel like my body changed so much, and I wanted to embrace those changes. I don’t know how many other women go through [this], but I’m sure it’s quite a few. My body changed so much and my emotions are like always changing, and sometimes I feel like I don’t look as good as I did before I was pregnant. But I wanted to embrace how I look now because something that should be embraced whether I feel like its cute at the time or not. But it’s just something I wanted to look back on, like, even years from now and still be able to look at it and I love it.

What are you looking forward to the most about being a mother?

I think I might just be looking forward to giving birth because I’m tired being pregnant. It was cute at first when it was like small kicks and now the kicks are turning into like punches.

What can we expect from Tokyo Jetz after you deliver your baby?

Click here to view the full interview with Tokyo Jetz.