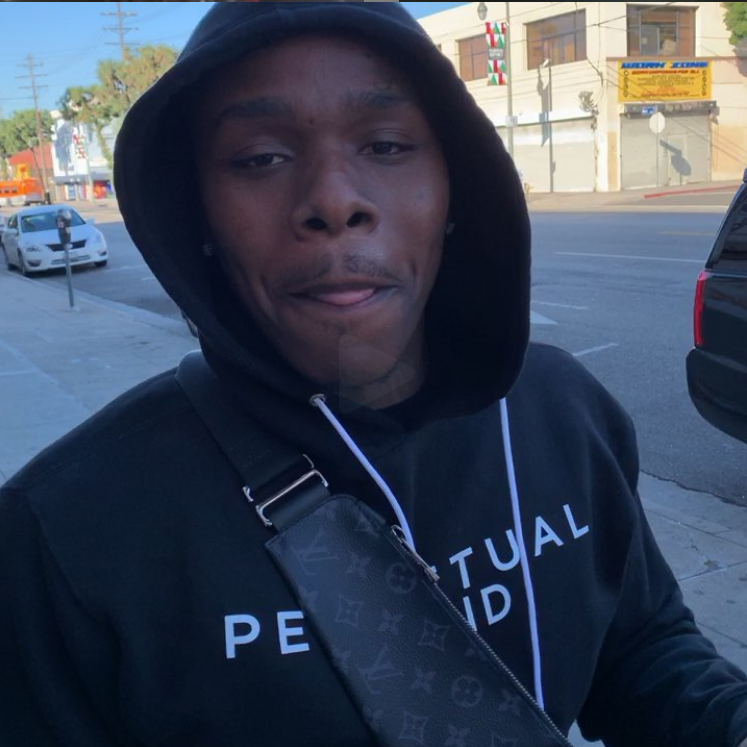 Rapper DaBaby has a reputation for laying hands on folks who cross him — and if he doesn’t knuckle up himself, his crew has been videotaped in the past putting paws on people for various perceived infractions.

This time, the North Carolina-bred rapper delivered the blow himself. DaBaby, born in Cleveland as Jonathan Lyndale Kirk, swung on someone as he performed over the weekend as a headliner at the Prime Festival in Lansing, Michigan, about 90 miles northwest of Detroit.

In a video obtained by TMZ, DaBaby, 27, climbed down from the stage and got within inches of the first-row fans, separated only by a barricade. While the crowd was going crazy cheering him on and trying to touch him, one fan made contact with his neck chain.

As you can see in the video below, Da aby threw a punch at that specific fan and continued rapping without breaking stride, both figuratively and literally. Afterward, DaBaby hopped back on stage and finished out his set without mentioning the incident nor looking back over at the alleged offender, TMZ reports.

No one knows within that thick bushel of hands and faces if DaBaby made contact with the fan. But since no one has notified authorities yet of an assault, then it appears to be a case of “no harm, no foul.”