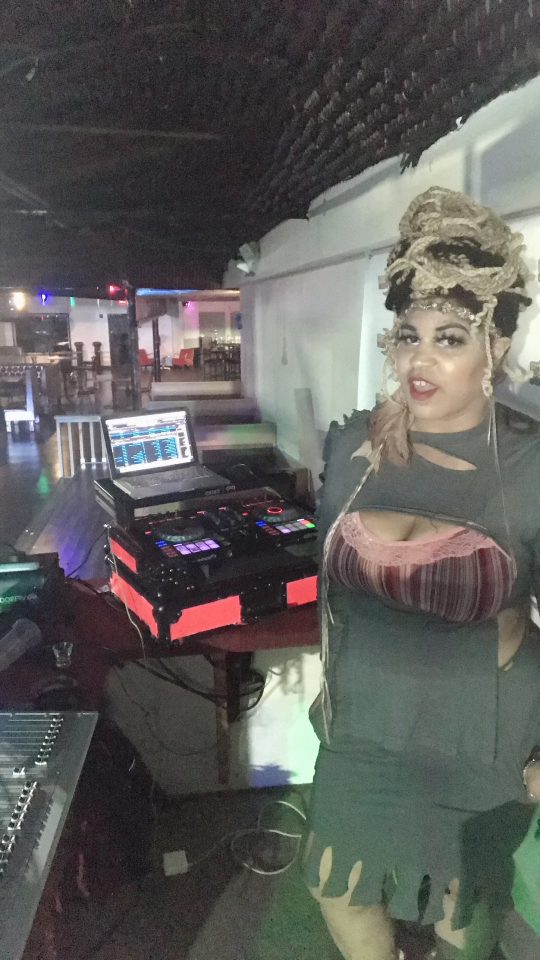 Style/Genre: Depends on the venue/mostly urban

DJ Sixx started blazing her own trail in Atlanta as a popular live venue DJ and the only female DJ to spin music in adult entertainment clubs.

Rolling out recently caught up with DJ Sixx to learn how she got into the DJ business.

I got the name DJ Sixx because of my height (6 feet). I’ve been this tall since fifth or sixth grade.

When I parted ways with an independent record label I was signed with, my first job was with a company called Untapped Talent as a KJ – karaoke jockey. In between singing, I would DJ to keep the crowd interested. I gained a following being known for turning up.  I  met DJ KBass who works in strip clubs. He let me play during his set so I could get the feel for working a crowd. Searching Craigslist for places looking for female DJs, I landed my first official DJ job at Club Wax.

I read the crowd and determine what I feel they would respond to and build from there. No one auto-set will please every crowd and every club is different. I create the perfect club experience by reading the crowd and getting a response.

What DJ do you admire for making an influence on the DJ culture?

I really felt I was official when DJ Jelly came into Club Wax while I was spinning. I was a little nervous and I said, “I know I probably don’t do this like you do,” and he said, “You’re doing your thing though, you’re good.” I realized then I had my own style.

In what location are you currently spinning?

What makes the experience at The Office Gentlemen’s Club special?

The club is special because of the people that come to drink and get dances. Most of the music played is urban, but we do get into reggae, African and even pop.

What type of equipment do you use?

My DJ setup consists of a MacBook Pro and a Pioneer-DDJ-SR2 in a hot pink box I painted myself.

Reading: No music. I will retain nothing.

Start my day: My music.

Weddings: Bride and groom’s choice; couples are very specific on their wedding day.

Best in the city: