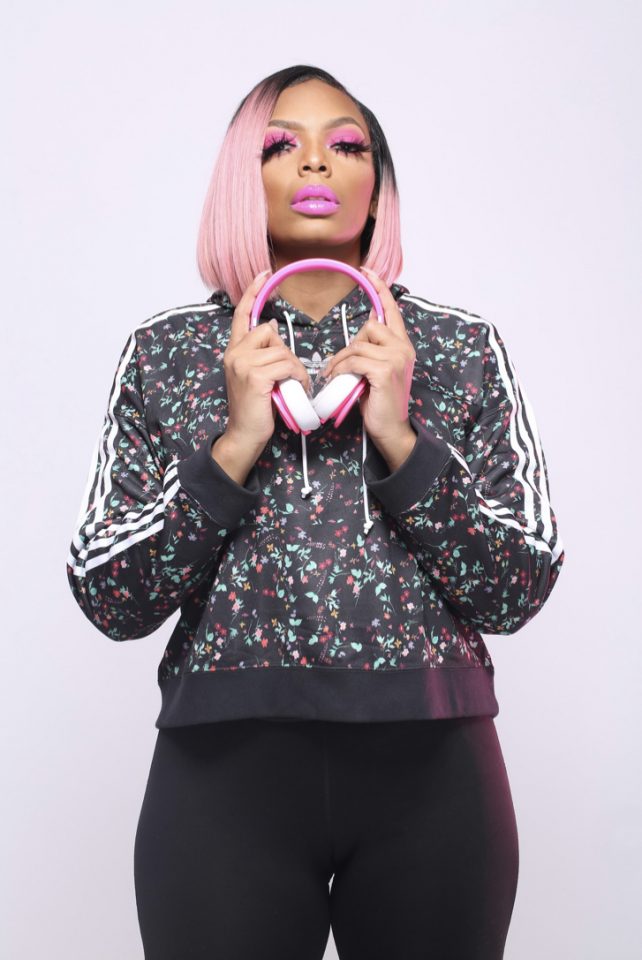 Venues where she’s spinning: Clubs and venues all over St. Louis and throughout the United States; Hot 104.1, The STL in St. Louis; 98.3 The Beat in Columbus, Georgia; Power 106.1 in Jacksonville, Florida; and 98.7 The Beat in Charleston, West Virginia.

To DJ Shay Money, being a DJ isn’t only about the music. In 2015, her father, DJ G-Money, suggested that she should become a deejay because none of his other kids were interested in carrying on his legacy. After her father became ill, he was unable to teach her how, so she began to shadow DJ Krisstyle of Hot 104.1 in St. Louis.

Shay Money became a member of The Core DJs Worldwide, has worked in radio in multiple markets and in 2017 traveled with Sevyn Streeter’s “Girls Disrupted” tour.

Rolling out caught up with Shay Money to find out what’s on her playlist.

What makes the experience special when you spin?

The vibes. I create dope vibes no matter where I spin with my setup. My setup includes tons of pink, money-themed [designs], a lot of sequences, and a fire torch. I don’t ever [do a] gig without all of this. My booth has to match my personality and vibe. Partygoers love it. [With] my range and the variety of my song selection, I try and touch every person in the room [with] my set. Most of all, we party hard.

What are 10 songs on your playlist for that location?

Megan Thee Stallion featuring VickeeLo – “Ride or Die”; [really] all of her singles.

Beyoncé – “Before I Let Go”

Who are your three favorite recording artists?

Mai Lee. My girl is dope. She’s Vietnamese, gorgeous and the girl can sing. She’s got so much soul, and she makes bomb trap records that go hard in the club.

Tiffany Foxx. She’s one of my favorite female rappers. She’s so underrated. I love her voice and her delivery. Her pen game is mean, too.

Aloha Misho. Her voice is unmatched. She sings like a baby Beyoncé, [and her] voice [is] just powerful. She’s fun and entertaining.