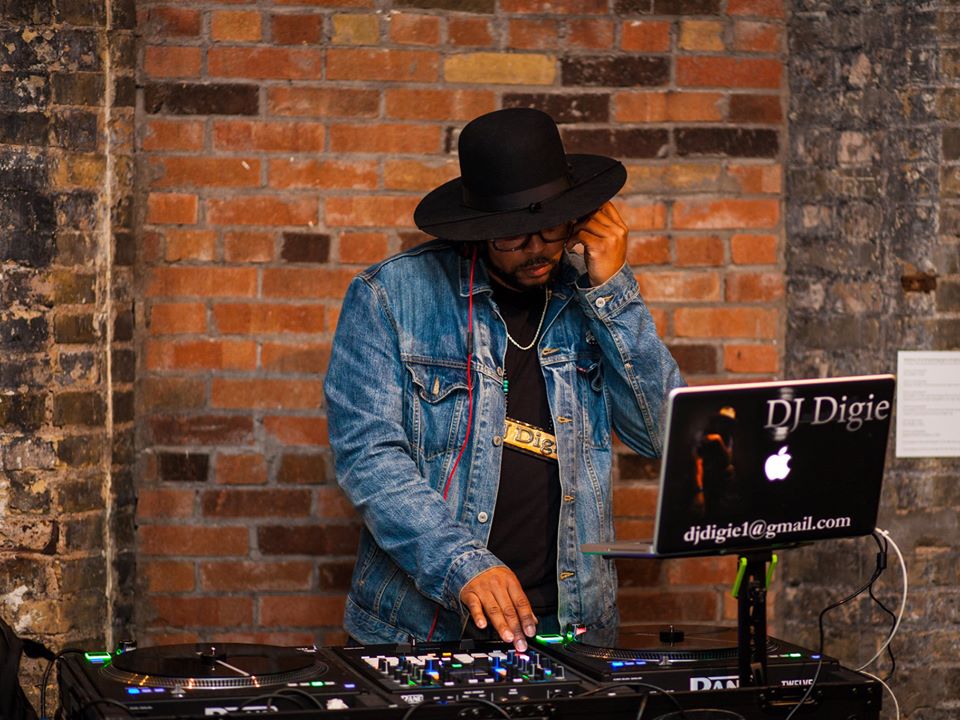 Roosevelt Mansfield has been apart of the Twin Cities hip-hop scene since the ’90s. Known as DJ Digie, he has been spinning his crowd-motivating sounds since 2004 at house parties clubs and dance battles, specializing in nostalgic hip-hop, R&B, Top 40 and dance hall vibes. DJ Digie’s mixes have received national notoriety on Martha Stewart’s website for Deejaying weddings and were mentioned in “The Best 50 Weddings Across All 50 States” for Minnesota by “The Knot.”

It was a nickname given to me by friends in my hip-hop crew.

What were your early passions and influences?

Hip-hop as a culture has always been my passion. I am hip-hop, not as a genre, but as a way of being. The art in music has always fascinated me. Rakim, Stevie Wonder, old school funk and jazz were my influences.

I research the venue, then pay attention to movement in the crowd as I’m playing music. That’s how I learn who my people are. Once I learn the people I rock for the people.

I don’t play for myself. It’s not about me. It’s about learning the people and giving them an experience musically that they can take home with them. I want the crowd to feel like I know them personally through the music, especially for the nostalgic hip-hop and R&B heads.