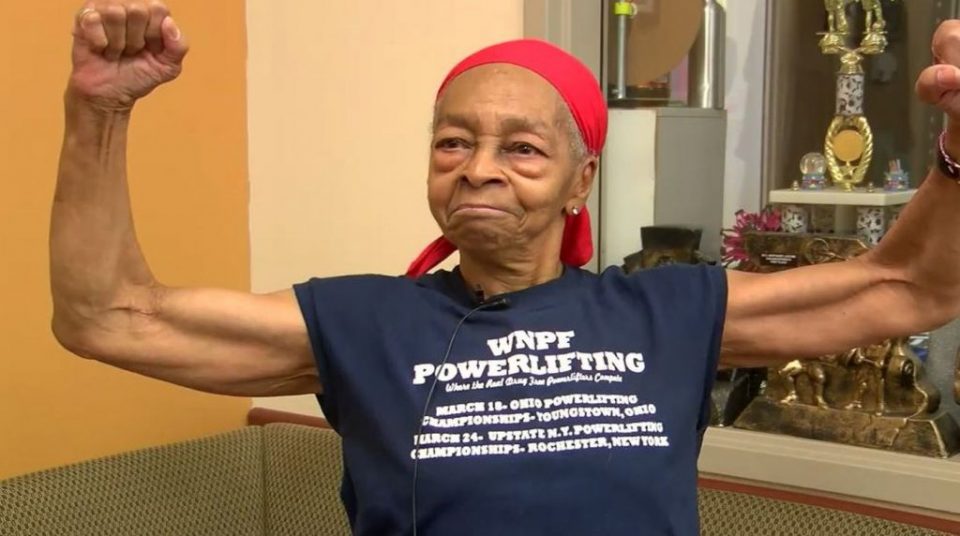 An 82-year-old bodybuilder has become an overnight national inspiration after she beat down a home intruder so badly he needed to be taken to the hospital.

Willie Murphy answered the door to her Rochester, New York, home for an inebriated man, who supposedly was under duress. Murphy said she called the police but refused to open her door.

After alerting the police, Murphy said she was startled by a loud noise.

“I’m saying to myself, ‘What the heck is that?’ The young man is in my home, broke the door,” she said, according to WBTV.

The intruder did not know whose home he was busting into. Thinking perhaps he could get away with a quick, easy score, he instead got an appointment at the nearest emergency room after getting smacked around.

Murphy is an award-winning bodybuilder who can reportedly deadlift 225 pounds and works out at the YMCA on a daily basis. The Detroit News reported that Murphy won the World Natural Powerlifting Federation Lifter of the Year award in 2014.

Murphy used her strength to give the intruder the business.

“I’m alone, and I’m old, but guess what? I’m tough,” Murphy exclaimed. “I took that table, and I went to working on him. And guess what? The table broke.”

After disabling the man, Murphy says she poured shampoo on his face and hit him with a broom.

“When he’s down, I’m jumping on him,” she told the network. “He picked the wrong house to break into.”

After police arrived, it was the man who needed to get treated.

“He’s laying down already because I had really did a number on that man,” Murphy said.