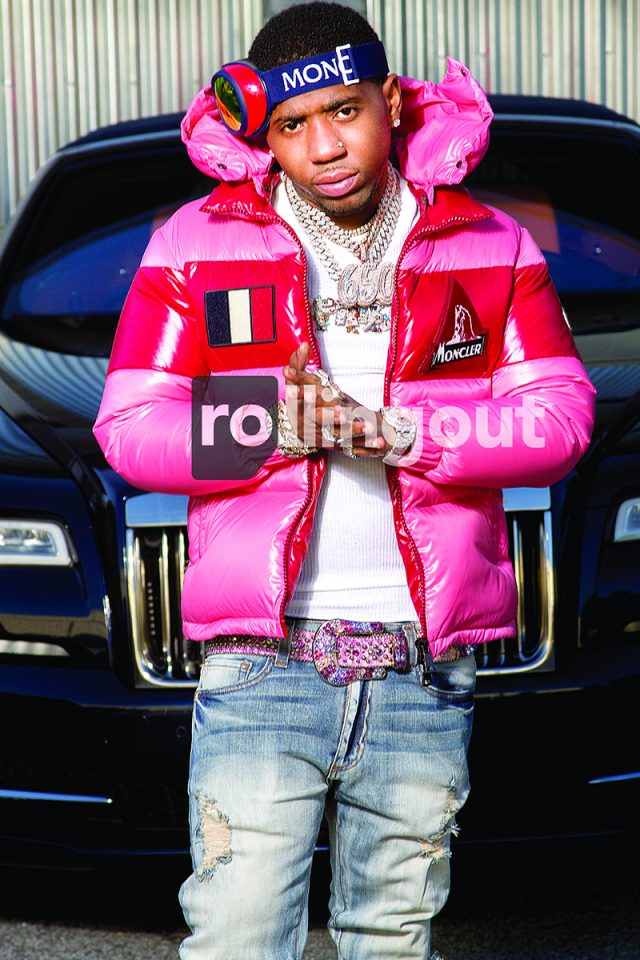 On a cold day in Atlanta, YFN Lucci parked his blue Rolls-Royce Phantom drophead coupé outside rolling out studios. Several diamond-encrusted chains hung around his neck. His iced-out diamond grill glistened as he smiled from ear to ear.

In a sense, Lucci has rewarded himself, not only for selling records, but also for making it out of a situation in which many of his peers ended up in unfortunate circumstances that led them to incarceration or an early demise.

Having the opportunity to celebrate life can be a victory in itself.

Raised in the Summerhill community east of downtown Atlanta, YFN Lucci, born Rayshawn Lamar Bennett, 28, became acclimated to hustling at an early age. He used that same work ethic to jump-start his music career, which began roughly around 2014.

In 2016, Lucci took the music industry by storm with the release of the song “Key to the Streets,” which featured Quavo of the Migos and Trouble. That same year, Lucci released another song that became a national hit, “Everyday We Lit,” with PNB Rock.

Both songs set the foundation for Lucci and Think It’s A Game Records to develop a partnership with a major label, Warner, in 2018.