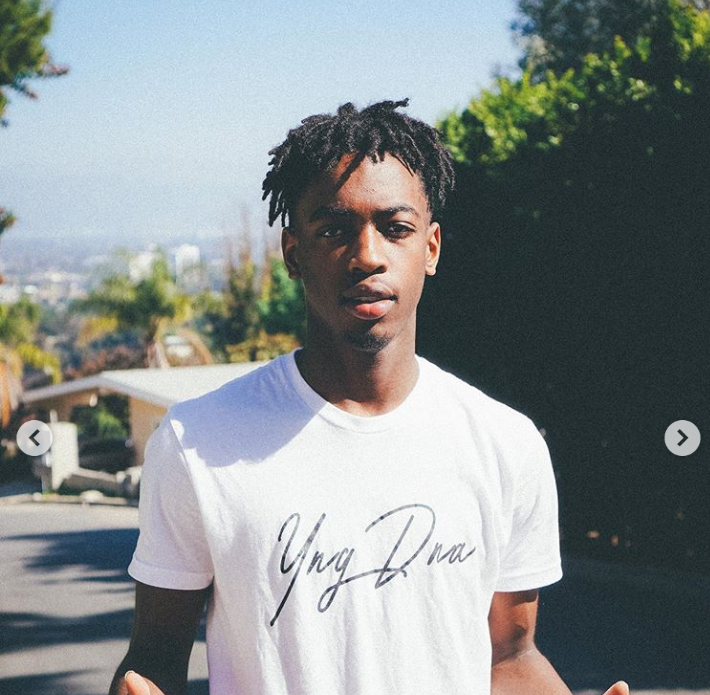 Dwyane Wade was denounced as an out-of-control stage parent after he blasted the coach of his oldest son’s high school basketball team because he refused to play Zaire Wade.

D-Wade, 37, publicly lit into the head coach of the Sierra Canyon School, Andre Chevalier, on “Inside the NBA” on TNT. D-Wade became enraged after the Trailblazers advanced to the California state championship but his son, Zaire, did not get into the game. (Zaire should not be confused with D-Wade’s youngest child, Zaya, who changed her name from Zion a few weeks ago.)

During the latest broadcast of “Inside the NBA,” D-Wade voiced his disapproval of the coach’s decision to bench his firstborn. D-Wade also said he will not travel with the team when they play in the state championship.

“I will not be there,” D-Wade said live on the show. “My son ain’t playing, and I don’t want to do nothing to the coach. I won’t be there, but I’ll be rooting for the kids.”

Co-host Candace Parker registered shock that D-Wade would be so blunt on live TV. “I think you just did do something. Yikes, on national television,” she said.

The Miami Heat legend previously told People magazine how he supports his son.

“If basketball is the ultimate goal, then I’m just trying to help him along the way, understanding there’s so many different ways to get to this goal,” he said. “It’s not just one way. It’s not go through high school, be a superstar. Go into college, be a superstar. Get drafted No. 1, and now you’re there.”

D-Wade added that he doesn’t believe he is a burden to his son Zaire with his very public support.

According to Heat Nation, Zaire Wade has been offered a scholarship from a couple of Division I programs.

In the video below, Sierra Canyon High School basketball team hits the winning shot to go to the state championship in California.

Sierra Canyon was down 10 with 2 minutes left and came back for the win‼️ They’re back in the state championship 😈 @SCanyonSports pic.twitter.com/IqSOf8t1vu

Meanwhile, fans ripped into D-Wade for words against the high school coach who did not play his son Zaire.

Dwyane Wade says on @NBAonTNT that he will not attend Sierra Canyon’s CIF State title game. Zaire Wade did not play in the team’s regional final win over Etiwanda Tuesday night. Clearly Wade has an issue with coach Andre Chevalier and makes it clear here.pic.twitter.com/F8jRsZeBGG

He's not good enough… Zaire reminds me of a person who's not naturally a baller, but has a HOF father, and the best trainers, so his name get's hyped… oh wait..

D. Wade makes decisions off of impulse. Transferring Zaire to Sierra Canyon wasn’t a good idea at all. It sounded good, but he should have put him with a different school where he would be one of the go to players.

I use to respect @DwyaneWade but putting your sons coach on blast on national tv for not playing him is downright childish. Just bc your a nba legend does not entitle your son to playing time for one of the best Highschools in the nation.

Disagree! Being on a team doesn't guarantee playing time, and parents need to understand that!