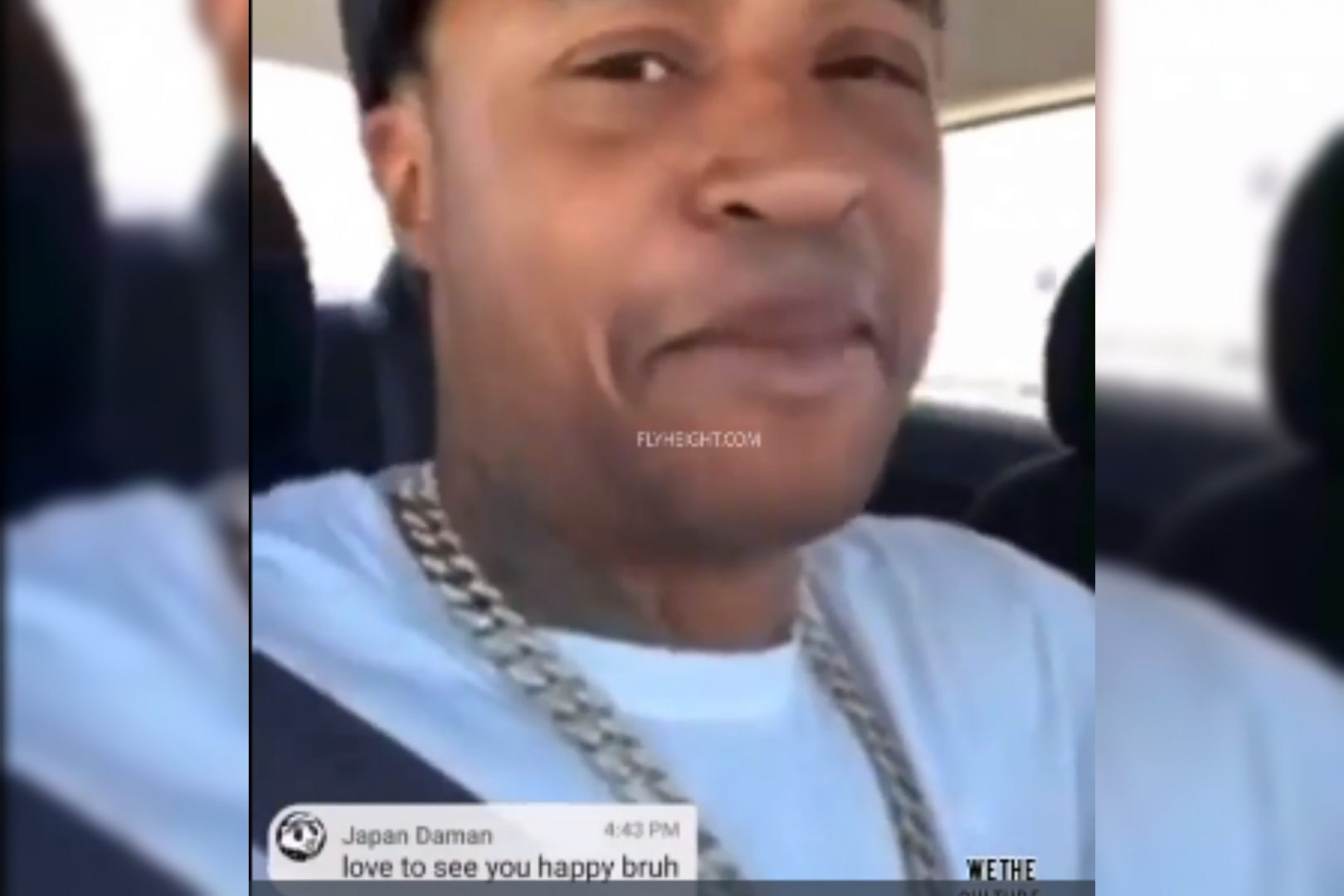 Former Disney star Orlando Brown has been in the news lately for all the wrong reasons. Since making damning sexually related claims against “Wild ‘N Out” creator Nick Cannon, he’s attempted to vilify Will Smith and was reportedly caught trying to sneak into Michael Jackson’s Neverland ranch.

In his most recent social blunder, Brown filmed himself going ballistic on his girlfriend. In the video, which he switches back and forth from himself to the driver (his girlfriend), Brown is noticeably angry, screaming and berating his woman while threatening to cause her bodily harm.

“Stop playing, n—-! Before I slash your f—— neck, n—-,” screams Brown with reckless regard. The girlfriend attempts to calm him down by placing her hand on his lap, which only sets him off further.

“Now you wanna touch on me, n—-?” he asks. The driver’s face then changes and she appears ready to shed a tear when Brown serves up an order that eradicates that emotion.

In a twist of fate, the camera returns to selfie video mode, showing a calmer Brown, attempting to explain what happened in the moments he threatened his girlfriend’s life.

“This is my baby. … I go through great lengths for my baby. We had to scare the devil away,” he reasons. “He ran while we was drivin’ too. This is crazy. It’s ridiculous.”

View the graphic video after the jump.