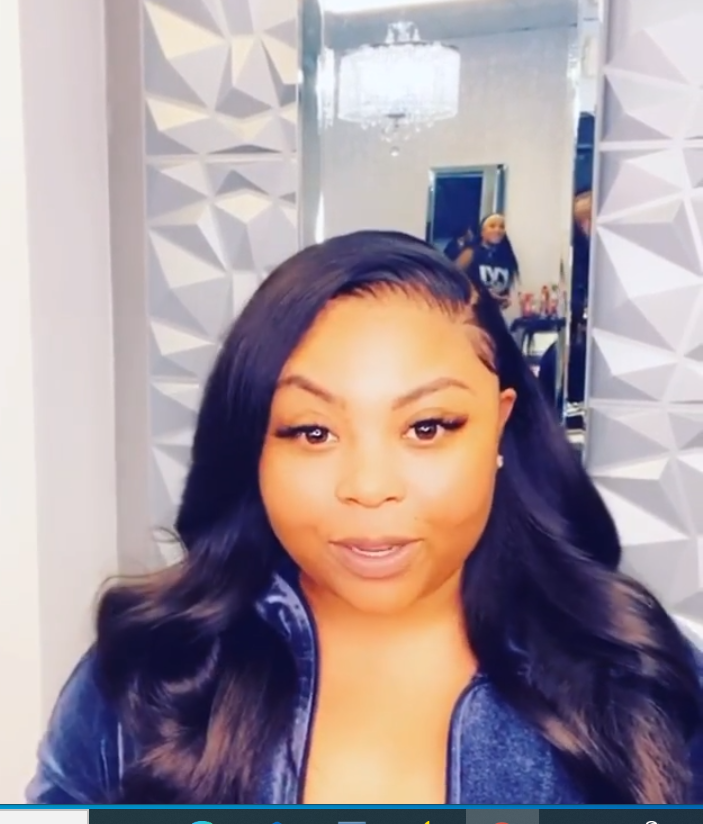 Shekinah Jo, a reality TV star and BFF of Tiny Harris, caught some serious blowback from Black Twitter for crying and wailing about a Gucci store that was pillaged by looters during the protests in Atlanta.

Khia Shamone Finch, 42, aka the “Thug Misses,” peeled Shekinah like a banana, calling Shekinah “slow” while also accusing her of lacking the funds or body type to purchase and wear Gucci products.

For those who missed Shekinah, a former star on “T.I. & Tiny: The Family Hustle” and “Tiny & Shekinah’s Weave Trip,” cry about criminals breaking in and snatching up expensive items from stores, including Gucci, you can check it out here:

Khia was thoroughly disgusted by Shekinah crying over Gucci’s loss, not to mention the fact that Gucci recently was ostracized for peddling products that were blatantly racist toward people of African descent.

Khia, subsequently, took off after Shekinah with the precision of a cruise missile and blew up Shekinha’s spot for what Shekinah chose to speak out about regarding the insurrection in Atlanta.

Flip the page to check out Khia’s roundhouse pummeling of Shekinah, followed by Shekinah’s response to Khia.