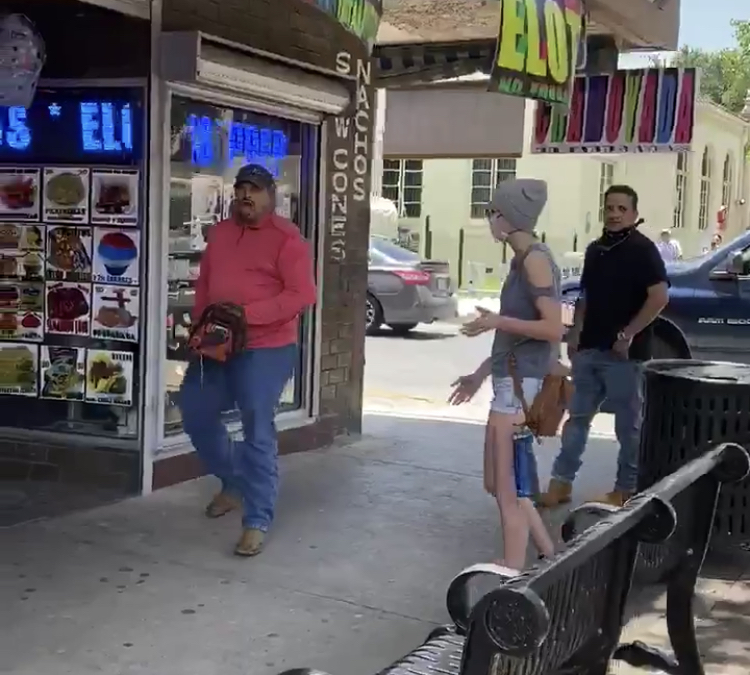 The man, who has yet to be identified,  got close to several protesters and began yelling slurs at the group. “Go home,” the man shouted in an attempt to force the group to disperse.

He continued by using a racial slur.

According to the Monitor, the man is currently in custody and facing assault charges.

Across the nation, some protesters have been met by agitators who are against the Black Lives Matter movement. In Crown Point, Indiana, peaceful protesters were met by several armed White men who carried automatic rifles, according to a video posted on social media by Twitter user, @itsbellagomez.

In the video, eight White men with automatic rifles stood alongside each other as the peaceful protesters walked down Main Street in Crown Point, Indiana. The video also showed that the armed men did not make eye contact with one Black male protester who looked intently at each person carrying a gun. In Indiana, citizens are allowed to openly carry a rifle or shotgun.

And Anthony Brennan, 60, was arrested after attacking a child who was posting Black Lives Matter signage in Kensington, Maryland.

View the profanity-laced video from the McAllen incident after the jump.