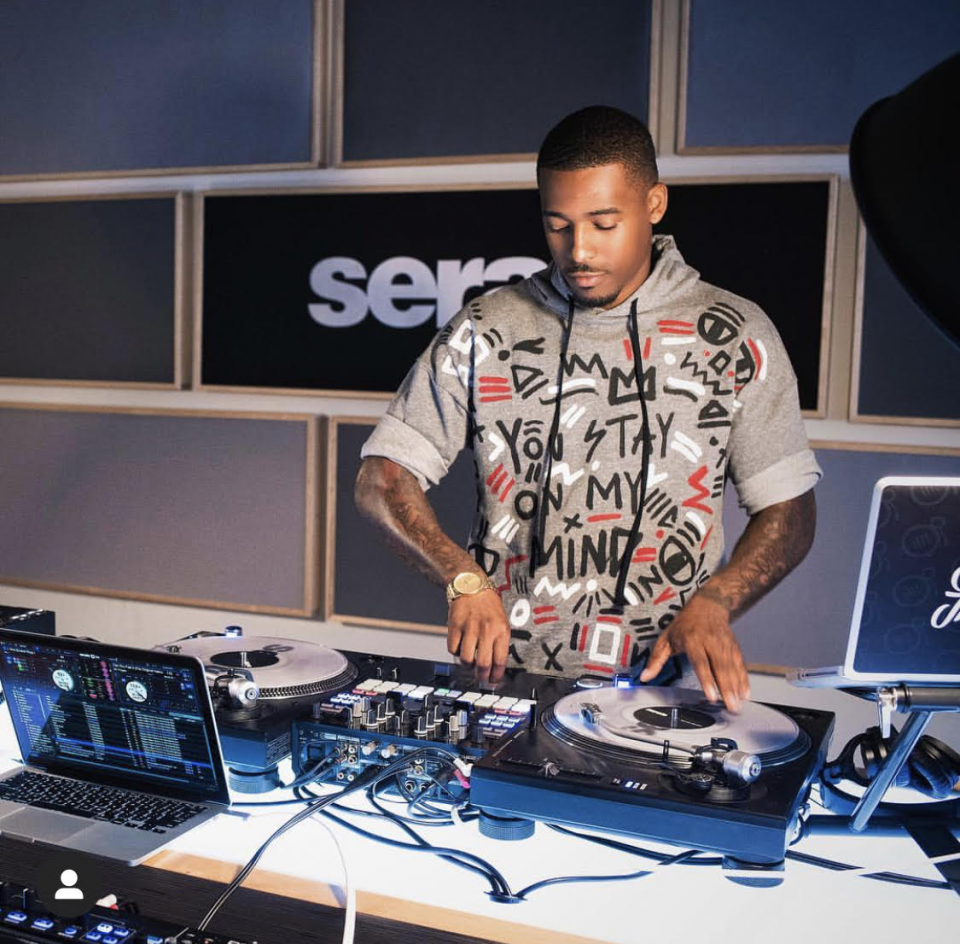 Abdul Muhammad, also known as “DJ Damage,” is a nationally syndicated DJ, host, and entrepreneur. The Philadelphia native recently starred in the BET docuseries, “Arm-Chair A&R.” He currently co-hosts the “Hollywood Unlocked (Uncensored)” podcast alongside Jason Lee. With his 10 years of experience and success in the industry, he is now focusing on helping the next generation of entertainers.

We spoke with him about his career and what sparked his desire to give back.

How do you feel about the state of music today?

When you spin and you play anything in that the early 2000s era, it’s like timeless. If you play something now that isn’t one of the hottest songs in the past two months, you played yourself. Thinking about the height of the Migos, if you play any of those songs right now in the club, it’s like “ahhh,” and that was the biggest song at one point. Music right now is definitely microwavable. Hip-hop is the hardest thing to spin. Hip-hop DJs are some of the most intelligent music-wise because hip-hop is the only genre of music where the hook can be hot in the third verse, but not the whole song.

What inspired you to create the Legendary Music Group?

Thinking back on my whole journey, there weren’t a lot of people out there to actually mentor and help [artists]. You look up to certain people and you meet them, but they are so afraid that you’re going to take their spot that you can’t really get true mentorship from them. I’m syndicated in 54 markets across the country and I thought, “At what point am I going to reach that arm back out and help the people that are coming up?” That was the true inspiration behind creating the Legendary Media Group. My dream in life was to be on the radio and to sit here and say, “I have a syndicated radio show is an absolute dream.”

Tell us about the “Arm-Chair A&R” show.

BET had the idea to have someone who critiques music actually go into the studio and make music; so that’s how that started. During BET weekend last year in Los Angeles, they had a competition to find the best artist. There was this girl named Dae from Chicago. This girl hustles by making wigs that connect to your hat. She signed up to be in the competition but she came out to Los Angeles to work. She paid someone to stand in line for her because she didn’t know what was gonna happen. She got in there and performed and won the whole competition. She got to perform at the BET rap cipher. They wanted to do a show where she sat down with me and created her first hit song, so that was an incredible experience. Acting as the A&R working with the producer to make the beat and everything was definitely something special.