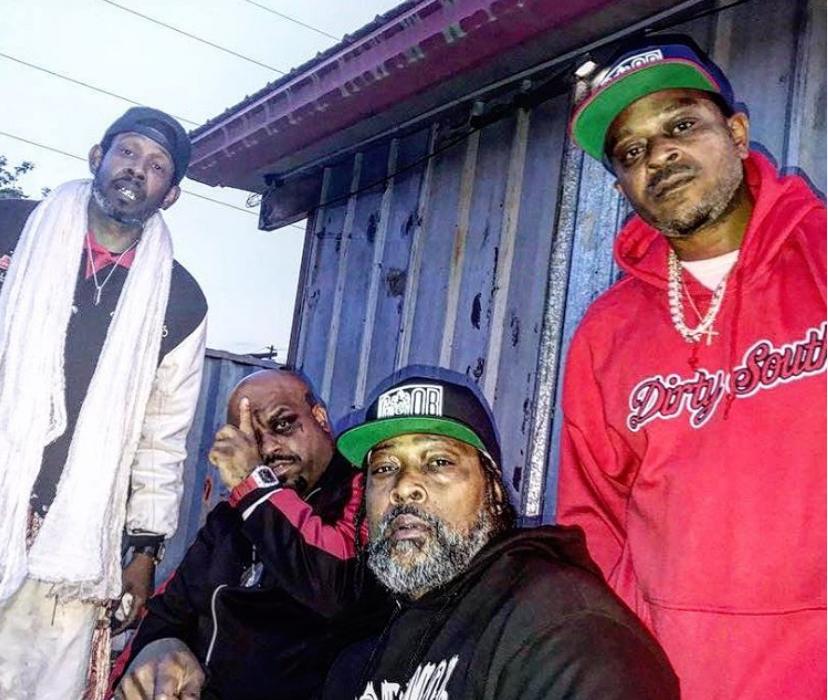 Goodie Mob became pioneers and icons in the rap game because its acclaimed career, starting with the landmark debut album, 1995’s Soul Food, became a case study in how to deftly combine lyrics and visuals to create a critical mass movement in music that resonates to this day.

The Goodie Mob crew of Gipp, Khujo, CeeLo, and T-Mo is continuing that Dirty South legacy during the Drive-In Concert Series that takes place on Saturday evening, Sept. 5, 2020, at the Georgia International Convention Center.

This ingenious Drive-In Concert concept, developed by businessmen Ryan Hill, Caleb James, SirRyan May, Steven Beecham and Leo Bennett, is giving fans that concert and picnic feel, mixed with a little drive-in movie vibe, as they rock out safely during the current pandemic.

This particular Drive-In Concert will be a Verzuz-like parking lot concert battle as Goodie Mob team up with DJ Jelly to go against Mystikal and Mannie Fresh in an ATL vs New Orleans match-up.

“We and Mystikal, we are real close partners. We did a ‘Dirty South’ remix with Mystikal back in the early 90s,” Khujo told rolling out. “It’s about displaying that 90s vibe. So it’s really like a reunion ’cause we ain’t seen our brother in years.”

Goodie Mob has retained its royalty status because they never allowed the “Hollywood factor” to creep in like a virus and contaminate the sanctity of the group’s message of culture and edification.

“It’s been a part of us. It’s a part of our spirit. It’s a part of our character. We just try to stick to the script. We just try to put music together that would stand the test of time,” T-Mo said with authority. “We weren’t trying to do anything overly commercial to try to chase after the bag. We want the bag. Believe that. But we were raised around Benjamin E. Mays High School, and we felt a sense of responsibility in our music.”

Goodie, along with the Dungeon Family tree, busted open the floodgates of Atlanta rap that tilted the axis of hip-hop towards the city and it has remained the epicenter of the genre ever since.

“We were out there fighting for the independent and standing up for the South,” Gipp said, adding that Goodie was out “to get respect from the industry. That was our main goal to make an album of substance, to make an album talking about our culture and the ingredients that went into making Soul Food.”

CeeLo intimated the group will put the recipe for their success and upliftment out again for public consumption with the same message that is applicable to today’s tumultuous times.

“That kind of predictive quality … we were just repeating what we had read and retained,” he said of the group’s philosophy. “It was a simple method of how it happened, and I don’t even think we realized what [it] was going to come true.”