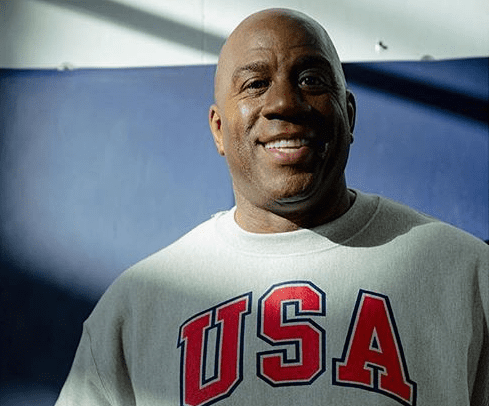 As if he doesn’t have enough to worry about with multiple businesses and a professional sports team to oversee, Earvin “Magic” Johnson is coping with a stalker audacious enough to make demands against the five-time NBA champion.

Willie Frazier, not to be confused with Walt — another NBA great — is the man who alleges Johnson stole his identity and documents he clearly deems to be important.

No visuals of Frazier have been released yet, but it’s hard to imagine a man who’s globally recognized as the greatest point guard in NBA history, attempting to take on another person’s identity.

Johnson convinced a judge on Monday, Sept. 21, that Frazier had done enough to impose a restraining order. In court documents obtained by TMZ, Johnson claimed that the man has been harassing him and his employees for several years. In addition to the documents and his identity he says was stolen, Frazier allegedly sent correspondence to Magic’s personal and business addresses and demanded money.

The demands typically fell on deaf ears, but apparently became more frequent, as in every week. In some of his messages, Frazier allegedly claims to have been a member of the FBI and threatened to hurt Johnson and his staff if his demands were not met.

The sequence that forced the former Dream Team captain to go to the courts was when Frazier made it past security and up to Magic’s floor. Fortunately, Frazier was unable to gain access but did manage to leave a parting gift — more threats — under the doors.

The restraining order that was filed and accepted by the court prevents Frazier from being within 100 yards of Johnson and several of his employees.