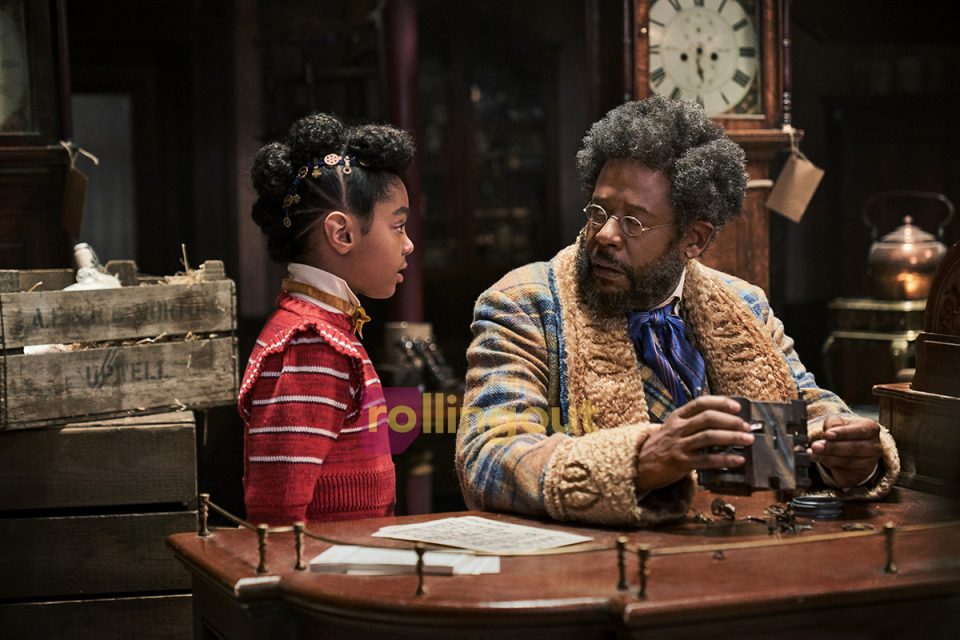 “It’s about a Black family, which makes it extraordinarily special,” she explained. “Most of the time, if you see some holiday thing about a Black family, they’re struggling to see how many gifts they can get, and they could only get oranges. Then somebody comes by and drops off a turkey leg, and they’re like, ‘Oh, my God! We can make it!’ There is something to those stories, which teach people the value of being grateful at Christmas as opposed to focusing on gifts, but there’s also something to be said for seeing Black folks just enjoying the magical energy, the blessings that come with family, fun, Christmas, frivolity and toys.

“In those other films, you don’t even think about us when you’re thinking about Santa’s workshop, for lack of a better space. This is a workshop that doesn’t have Santa in it, but it is still a workshop, so you still have that feeling of things that are being created that you’ve never seen before. I think it fits in because it is carving a new lane in a well-worn racetrack, and I think that’s important because when you are trotting the same path, it’s very easy to get stuck in that rut.”

It’s that ability to carve out a new lane for herself that makes Rose’s performance that much more triumphant. Along with telling a new story, she is excited to pour herself into original music crafted by Emmy, Grammy, Oscar and Tony award winner John Legend and Grammy-winning songwriter Phillip Lawrence.

“John and Phil are brilliant, and that was a real draw for me because I missed singing,” Rose said. “This music is fire. It’s fire!” she exclaimed of the Jingle Jangle soundtrack. “It was really thrilling to me to know that I was stepping into something where I would be able to work with these two people who are musicians that I admire on the radio and I admire seeing perform in person.”

The fact that some people only know her as an actress, not a singer also made her want to do the project. “I actually saw a tweet recently, and somebody said I didn’t know Anika Noni Rose sang. I was aghast. I was hurt,” she said.

Ultimately, Rose wants to be remembered for her range as a performer, her ability to take on diverse roles and her desire to give performances that make her fans and supporters proud.

“I want my fan base always to feel confident that I am going to give them something of quality, and that is what I feel my responsibility is as an artist,” she explained. “It’s also important for me to be stimulated and interested and challenged and stretched. That’s something that I’m always trying to do, and I hope that is part of why I can still be visible in the way that I am.”