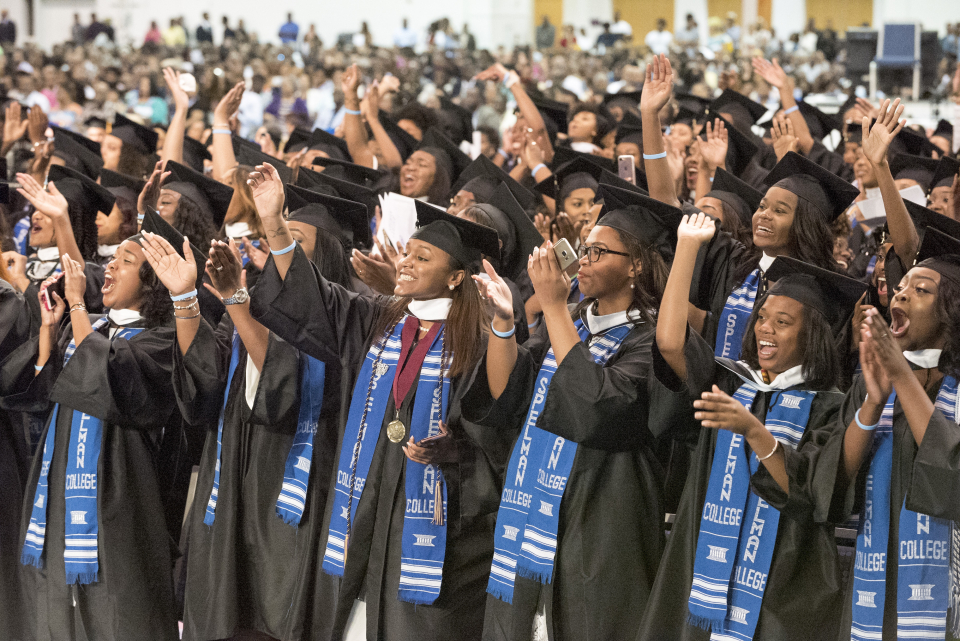 Spelman College’s promise is to prepare its students to change the world. Since its founding in 1881, Spelman has produced phenomenal women who dominate in their chosen career paths. From teachers like Christine King Farris and actresses such as Esther Rolle, to businesswomen like Rosalind Brewer and politicians such as Stacey Abrams, the liberal arts HBCU has a huge alumnae network, nationally and globally. Spelman alumnae are found everywhere, especially in the arts and entertainment industries. When you watch your favorite television series, read a selection from “Oprah’s Book Club,” or stream the hottest new song, you may be supporting the work of a Spelman graduate.

Here are 10 noteworthy Spelman alumnae who are actively working in arts and entertainment:

And without further ado… This year’s #WomensPrize for Fiction winner is @Tayari Jones with An American Marriage 🎉 pic.twitter.com/dHYHd4BGvv