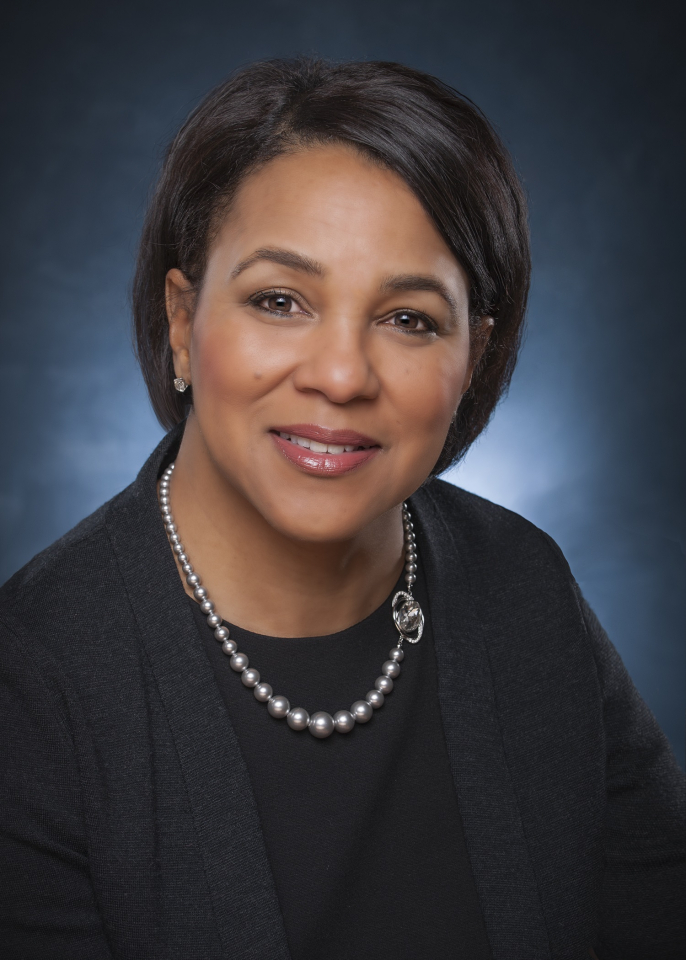 It’s been six months since Rosalind Brewer was appointed to the role of group president and chief operating officer of Starbucks, making her the first African American and the first woman to hold the position at the company. For those of us who have been following her career, this savvy corporate superhero has always worn an “S” on her chest. A Spelman College alumna (c/o ’84) and Board of Trustees chair, she was CEO of Sam’s Club, where she served for five years. According to Fortune magazine, it’s where she “made large strides in e-commerce with initiatives such as drive-through pick up of online orders and scan-and-go, which allows members to scan items with their own phones and speed up checkout, features that gave the chain a rare advantage over Costco,” the bulk retailer’s biggest rival.

A native of Detroit, Brewer earned her bachelor’s degree in chemistry at Spelman and attended an advanced management program at The Wharton School of the University of Pennsylvania. Before starting her career at Walmart in 2006, where she was regional vice president over operations in Georgia, Brewer had a 22-year career working as a scientist at Kimberly-Clark and strategically worked her way up the career ladder to become president of its Global Nonwovens Sector.

After serving as division president of the Southeast and later Walmart East, she was named president and CEO of Sam’s Club in 2012, becoming the first African American to lead a Walmart division. Sam’s Club is the $56B members-only warehouse club channel of Wal-Mart Stores, Inc.

On February 1, 2017, Brewer was nominated to the Starbucks Board of Directors after making quite an impression on Starbucks CEO Howard Schultz during a meeting at Wal-Mart. She was a stand-in on a panel for Wal-Mart CEO Doug McMillon, who had to cancel his appearance at last minute. Brewer’s magic was unstoppable. Within two months of serving on the board, she was tapped to join the leadership team. Brewer was named COO in September 6, 2017. As of October 2, 2017, she has been based at the Starbucks Support Center in Seattle, Washington.

When Brewer was appointed to the role of COO at Starbucks, Kevin Johnson, Starbucks president and CEO, had this to say, “Starbucks is a culture-first company focused on performance and Roz is a world class operator and executive who embodies the values of Starbucks. She has been a trusted strategic counselor to me ever since she joined our board of directors, and I deeply value her insight, business acumen, and leadership expertise. Roz is the right leader to help us realize our greatest of ambitions in this next chapter of our journey. I am honored that Roz is joining Starbucks in this capacity and playing an important role with an accomplished team of senior leaders that reflects the strength and diversity of our organization.”

Brewer adds, “As a passionate customer of the brand and recently elected board member, I have a deep love and admiration for the Starbucks brand and its people. I am so honored to have the pleasure of working with the Starbucks leadership team to realize our highest of aspirations for the company and I look forward to working closely with the astute and talented leaders across the enterprise,”

She continues to serve on the Starbucks board of directors. As group president and chief operating officer, Brewer leads the company’s operating businesses across the Americas (Canada, U.S. and Latin America), as well as the global functions of supply chain, product innovation, and store development organizations. Brewer provides vast expertise in product development, product management, innovation, and international operations and distribution, as well as valuable experience in consumer products and distribution.

She says in a statement on why she continues to serve on Spelman College’s Board of Trustees, “I chose to serve as a trustee because of the genuine love I have for my alma mater and my personal interest in investing in the education of African American women.”

Brewer has worked with student recruitment and mentoring initiatives and she has served on the reunion planning committee.