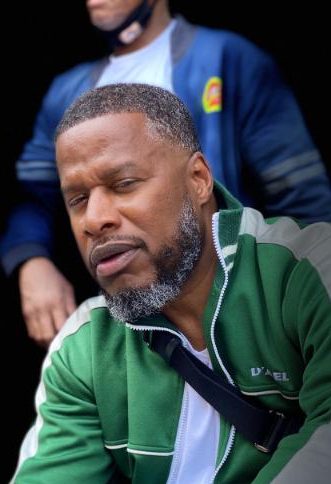 A.R. Hilton is an accomplished author, screenwriter and director. However, Hilton’s path to success was not an easy one. He had to fight for it.

At 19, he was found guilty of drug possession and spent the next 18 years of his adult life in prison. Still, life did not stop for the future author behind bars. Hilton spent his time learning and listening from other prisoners about their worldviews and the circumstances that led to the outcomes in their lives. After his release, Hilton immersed himself in writing. His first book, That Life (Prophecy of a Hustler), and its sequel Prophecy of a Hustler II (A War of Souls), each reckon with the reality that everyone is a product of their environment and circumstances.

Hilton delves deeper into this idea in his new film, Anonymous Killers, which features five serial murderers who are each forced to recount the story of their lives by a mysterious captor. Rolling out sat down with Hilton to discuss the movie and its commentary on the criminal justice system.

Anonymous Killers features a variety of characters from diverse backgrounds. How did you manage to capture the perspectives of all these characters?

A lot of times when you go to prison, the inmates are the people that you bond with. You cultivate friendships. You share your story before prison. First, you share your story of how you ended up in prison. Everybody shares their story. It gave me the insight into other cultures and understandings. When I was growing up in the ‘hood, I was just around us, you know? So, I was meeting people from all these different walks of life. When you’re a federal prisoner, you’re more in tune to what’s going on in government, more in tune what’s going on in the world because those laws and what’s going on in the world affects federal prisoners because we’re being housed by the government.

Read more about Hilton’s inspiration on the next page.